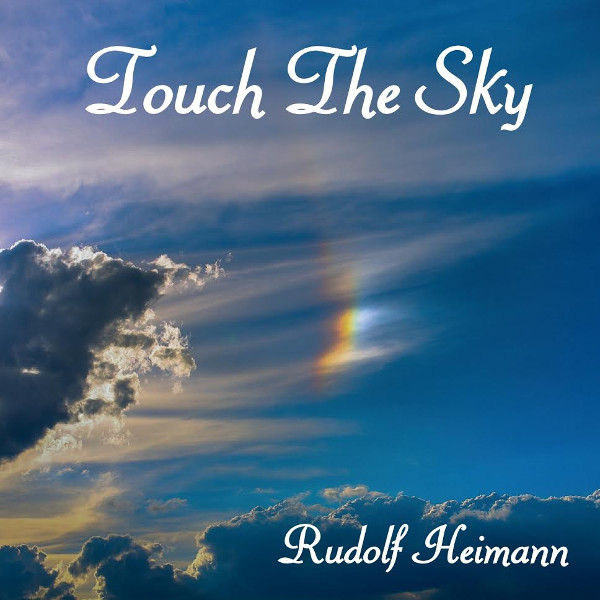 Rudolf Heimann is a German electronic musician who released his second album, Touch the Sky, in 1992. It was remastered and reissued on CDr in 2006. Now in 2017, with famed Krautrock producer Eroc at the console, Spheric Records released a newly remastered Touch the Sky in June 2017 along with two bonus tracks. This is an album that grows on you as you progress though the 14 instrumental tracks. Not only is it Rudolf at the keyboards and synths, he also involved guest musicians Christoph Nolte (acoustic guitar and clarinet), Holger Stausberg (electric and acoustic guitars), Bernd Raschel (additional keyboards), Kim Kirshhoff (oboe), and Ralf Schönenberg (tenor saxophone) to bring interesting colors and dynamics to his compositions. “Skywalker” opens the disc and is a cross between Mike Oldfield and 80s Tangerine Dream. Rudolf incorporates a variety of sonic textures and instruments that drop in and out of the piece over the course of its four and a half minutes. “Dragonflight,” “Fresh Air,” “Too Late to Turn,” “Brainflight,” and “Last Chance” are New Age tracks ranging from ambient to optimistic rock. It is not until you reach the edgy “Heaven’s Gate” that the album comes into its own. This is a Froese-inspired synth rock track with a great guitar lead. Other tracks in this mode include “Ain’t Easy to Fly,” “Follow the Rainbow,” “Dream Chip,” and “Strange Delight” with its comparison to Tangerine Dream’s “A Time for Heroes.” The short “View from a Hill” with its prominent guitar lead reminds me of Oldfield’s Hibernaculum and The Songs from Distant Earth. The two bonus tracks are “Midnight Drive,” reminding me of Larry Fast and Synergy and “Chariots of Fire,” which is not a cover of Vangelis’ iconic movie theme. Instead this is another Tangerine Dream inspired 80s synth rock tune. The sound and production are great and the music is sure to please fans of later day Tangerine Dream.