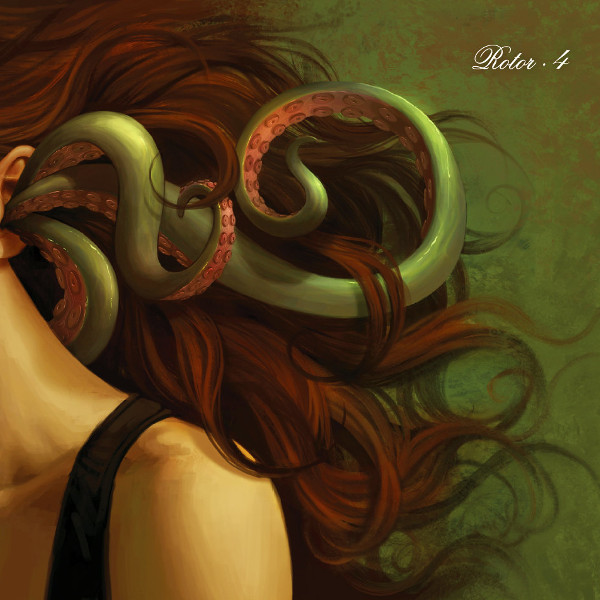 This is blistering high energy, mostly instrumental hard rock by a German trio with three previous releases to their credit – we reviewed their third album a couple issues back. The combination of complexity, heavy distortion and manic overdrive recalls some early 70s one-offs, but the freewheeling grungy production style is clearly of more recent vintage. When they slow it down a bit, they recall a sort-of Black Sabbath-meets-post rock feel, but most of what’s here operates at much higher speeds leaving that comparison in the dust. After three purely instrumental cuts, we get “An3R4,” with some distorted screaming vocals – low in the mix, they almost sound as if they were sung through a megaphone. The ultimate groove-riff is the basis for “Drehmoment,” as the band lays down some interesting deranged rhythms that might be equally at home on a King Crimson or Don Caballero album, before it all decays into pure noisy chaos, and then fades into the introspective opening section of “Die Weisse Angst.” One more vocal track closes the set nicely, this time a different singer, and again buried under massive amounts of distortion. Fans of heavy stoner rock should definitely check this out.