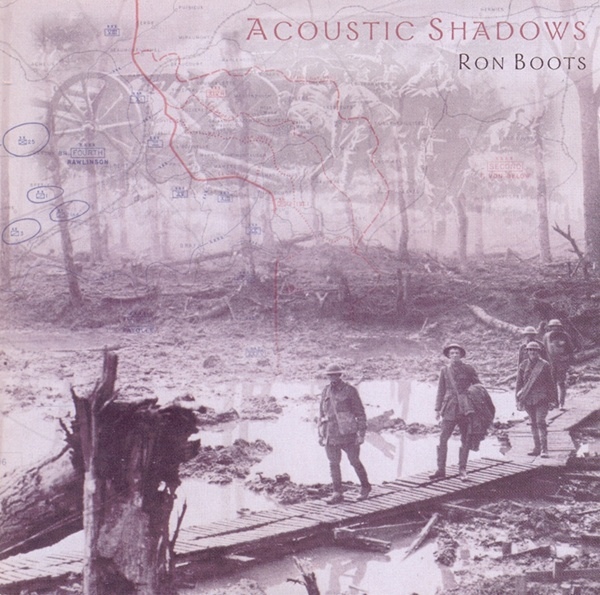 Boots loves to do albums with themes – here he has tried to capture the atmosphere of the battlefield. It’s a darker album than one is used too, but of course Boots’s optimism prevents the dark from entirely taking hold of the atmosphere. After the slow building symphonic “The Unknown Soldier,” with classic mid-tempo sequencing towards an apogee working solos, silence and mystery sets in when “The Battle of the Somme” is giving birth. Here Schulzian low, in the background running sequences complement the melancholic strings and star twinkles, which again like Schulze surface with a slow moving solo like a rivulet meandering on top. “Acoustic Shadows” delivers rising of the sun kind of ambient textures with tabla percussion and other kind of traditional and electronic rhythms. “Assault” attacks with fast panting sequences and light drumming. Occasionaly a commentator’s voice enhances the atmosphere of the music with the actual story. A very strong effort from the talented Dutch composer.