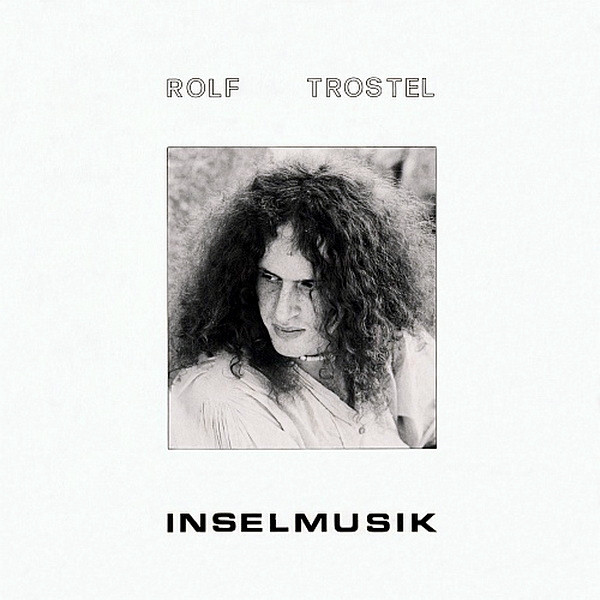 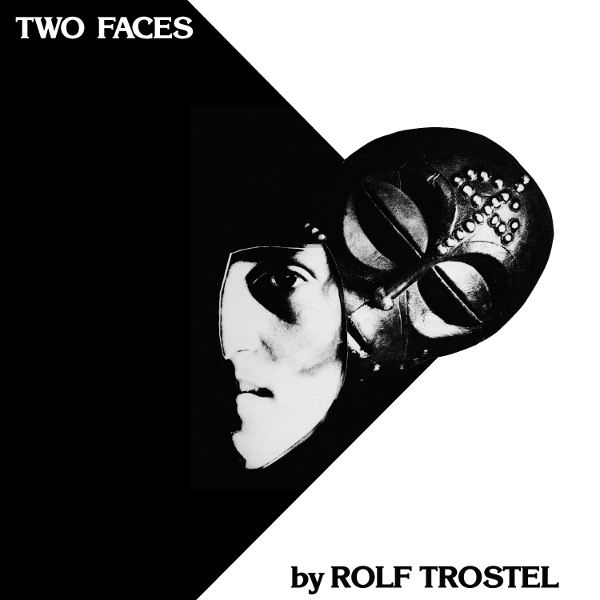 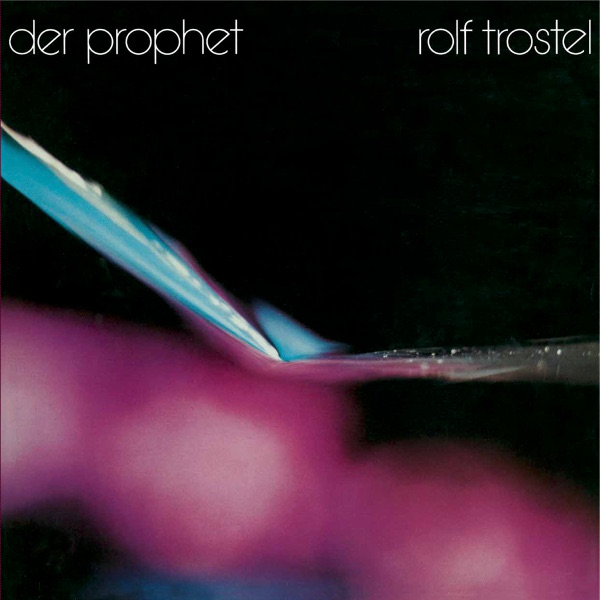 Rolf Trostel was a second generation member of the Berlin School of electronic music. In the late 70s and early 80s, Rolf worked as a distributor of the PPG Wave Computer 360 A, which provided him the opportunity to play and demonstrate the instrument. And essentially his debut album, Inselmusik, was a demonstration of the synth. Based on wavetable synthesis, the PPG Wave Computer had a highly distinctive sound that is so noticeable on Klaus Schulze’s middle period when he went digital starting with Dig It. Trostel recorded Inselmusik exclusively with the PPG, a sequencer, and a CR-78 drum computer in his home studio. The initial pressing of 1000 LPs sold out quickly, encouraging Trostel to continue. Inselmusik contains four instrumental tracks: “Testtanz,” “Art Meta,” “Ur Teil,” and “Skizo.” “Testtanz” has a steady beat and swirling electronics similar to Tangerine Dream. “Art Meta” relies heavily on sequencers and high frequency electronics with an abstract break that resolves into a new sequence and middle Eastern theme much like Klaus Schulze. “Ur Teil” is pure ambient Schulze. And the closing track “Skizo” is another Schulze inspired track that becomes abstract in the middle followed by an abrupt change to a new chord sequence.

For his next album, Two Faces, Trostel expanded his rack of instruments to include a Minimoog and a string synth. Just like Inselmusik, Two Faces features numerous synth runs that put the PPG 350 Computer Sequencer through its paces, often defining the chord progressions and song structures. One of the exciting features of this instrument was that the musician could invert the notes of the sequence with the press of a button or he could use the keyboard to transpose the sequence at the end of each note or each loop. Klaus Schulze unabashedly used this feature quite prominently, and that is why the music on Two Faces sounds quite a bit like Klaus Schulze. On Two Faces, Trostel wanted to move away from the meditative feel of Inselmusik and produce a more aggressive music. And he succeeded. The six instrumental tracks are quite percussive. In addition to the obvious Klaus Schulze references, there are also similarities to Peter Baumann’s Romance 76 and Vangelis’ Bladerunner soundtrack.

Trostel released his third album, Der Prophet, later that same year. This was the third and final chapter of Trostel’s PPG Wave Computer compositions. The sonic uniqueness and clanking sounds of wavetable synthesis still abound, but Trostel de-emphasized them in favor of the rhythm computer, Minimoog, and his string synth. He employed layered sounds with varying amounts of reverb and simpler sequencer lines. He also replaced his PPG 350 Computer Sequencer and Roland CR-78 drum machine with the then state of the art Roland TB-303 bass synth and step sequencer and the TR-808 drum machine. Der Prophet, with its six instrumentals was moving away from Klaus Schulze territory and more towards what Tangerine Dream was doing at the time. And Trostel started stretching musically with the quasi-industrial track “Individual Destiny” with its mechanical, large machine rhythms.

It is wonderful that Bureau B decided to reissue these three albums from the early 80s. And they will especially please the electronic music fan who just cannot get enough of early 80s Klaus Schulze.