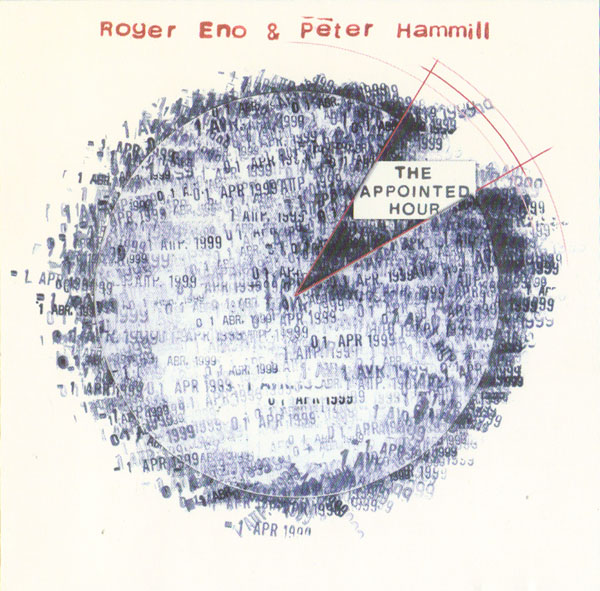 Synchronizing a clock to trigger a real-time cyber session is a great concept. However difficult logistically, neither Peter Hammill nor Brian Eno's younger brother is a novice to the premise of fruitful improvisation. Hammill undertook a Midi-percussive road with Van der Graaf Generator's drummer Guy Evans on 1987's Spur of the Moment. And Eno's recent collaboration with hip-hop sampler DJ Lol Hammond resulted in last year's critically acclaimed Damage. Subsequently jamming for 60 minutes with no overt plan allows chance and inhibition to exact a toll upon its success. Imagine a subtle interplay between piano and orchestral synthesizer and you have initial clues in a clever dialog between Bath and Bungay (near Suffolk). The irony is that the two players never actually heard what the other was doing until after the performances were physically merged. However, something sweet had happened in the ether of creativity. Across the “blind” duet, the execution is light, not as heavy-handed as you might guess, which explains the attentiveness achieved. The tone is precious, crystalline, and empathetic, moody and disturbing but not without hope. Reference titles have been added to allow access to the contrasting themes. “Your Heart” contains probably the direst interaction with whining guitar fade-ins and later forlorn piano. By the time we get to “Where,” a lush soothing sway is introduced by a crescendo of rhythm guitar. Hammill himself appears to have sampled some heavy guitar phrasing for use in the theme, “Your Heart.” Overall the listener experience is a transitional pendulum between the tranquil and the ominous.