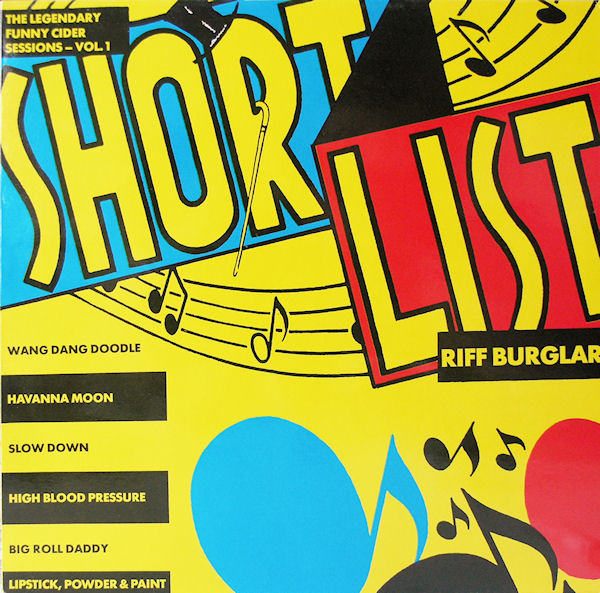 Family’s Roger Chapman is somewhat of a workaholic. His departure from Family only saw him tirelessly fronting bands under a number of other names including his own. This package of two albums released in the early 80s finds him visiting some of his favorite blues and R&B numbers. Perhaps it was an unlikely project given the state of popular music in Britain at the time, but considering that very same time saw Chappo nearly dominating the German music scene (including winning album of the year for 1981’s Hyenas Only Laugh for Fun), it isn’t surprising that he could afford to take the odd indulgent detour or two, including originally releasing these discs under assumed names. In keeping with the roots rock concept, the two albums were recorded and mixed with as little production drag as possible. With the aid of a generous selection of well traveled musicians, this would be a breeze. Considering that Chapman is regarded by many (myself included) as one of rock’s great vocalists, one might expect he would have sung all of these songs, but that isn’t the case: Geoff Whitehorn (Procol Harum) sings Cream’s “Strange Brew,” while Tim Hinkley from the classic Jody Grind lends his great voice to Freddie King’s “Big Leg Woman.” An impromptu jam by Hinkley and Whitehorn has the distinct honor of inclusion here, named after Hinkley’s assumed name, “Stovepipe.” In fact, these projects were born from a recording session of Hinkley’s Heroes. The Legendary Cider Sessions has the nod on Swag. It’s a much more vibrant, enthusiastic disc, from the track selection to the performances and arrangements. Swag has more of a sterile, meditated feel, and suffers from a production that sucked some of the life out of it. Overall it’s an entertaining set, but obviously its value depends on the listener’s interest in revisiting old rock standards.

Genfuoco - Dentro l'Invisible – Genfuoco were one of the last "progressive" rock groups in the late 70s with Zauber and Locanda delle Fate. Genfuoco's music, very much like Zauber, was airy and serene with some very...  (1996) » Read more