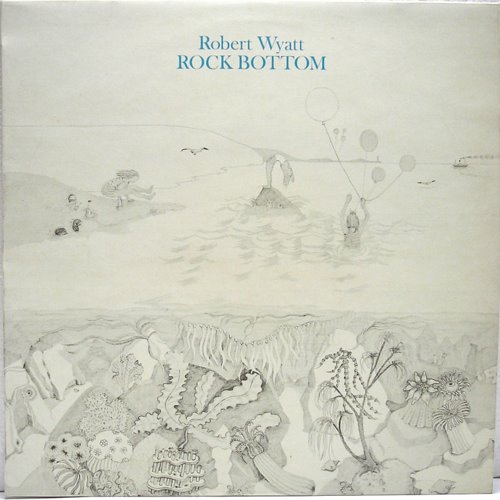 Not all of my favorites will have the hipster cred this album does, it might even be one of the few albums Spin magazine and I would both give a 10/10 to. In fact I first heard of this piece from the back of one of the old Tower Records Pulse magazines in the 80s, which was a list of 10 great "art rock" albums. I then found a promo copy of it at the nearby used record store. Put it on and went "huh?" I was a big Mike Oldfield fan so I found a way in through "Little Red Robin Hood Hit the Road," but it took a while to appreciate it as a whole. By the 90s I was completely hooked on it. It really is, borrowing something in the description, "emotionally charged" and unlike even its follow up it's a very atmospheric, even cosmic, album with lots of layers. There are so many great moments on it. Ivor Cutler's contributions slay me every time, Oldfield's guitar parts as previously mentioned, Wyatt's awesome vocals whether coming straight at you or through brilliant studio trickery, the funny and brilliant lyrics (Wyatt was clever from Soft Machine forward), Hugh Hopper's and Richard Sinclair's basswork, the sense of humor even in the face of tragedy etc. Overall this is a one of a kind, even in Wyatt's own discography.

Marillion - Clutching at Straws – This EMI reissue has given me an opportunity I thought was long past: to review what I consider to be Marillion's finest moment. When I first discovered Marillion, I was dying for something new to...  (1999) » Read more