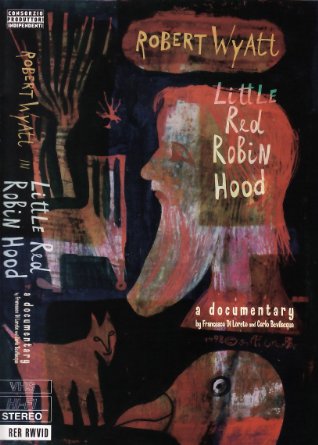 It’s extremely rare, in fact downright impossible to make a film regarding any prominent Canterbury music figure. That’s the prime reason this documentary on Robert Wyatt is such a precious treasure. Leave it two Italians, (Franco Di Loreto and Carlo Bevilacqua) to capture the icon at home and in the studio by presenting a bit of the man in his own environment. From Hugh Hopper’s initial recollections of the old Soft Machine days to many other luminaries waxing poetic (including Chris Cutler, Keith Tippett, Carla Bley, Elvis Costello and even Jimi Hendrix bassist Noel Redding). The life and music of the first drummer, then vocalist composer have had many peaks and valleys. Wyatt’s own testimonial to seeing Thelonius Monk live is interspersed with images of city subway. Brian Eno’s confirmation of Wyatt’s cheerful creativity is nothing short of uplifting. The only confounding information is BBC’s refusal to air film as an ode to a national hero regardless of politics. Although filmed in black and white the tone is more colorful than any label sponsored focus on VH1 that’s for certain. Nick Mason even recounts the early parallels of Pink Floyd and the early Softs (people forget he produced Rock Bottom). If you’re a fan, you’re entitled to search out this video to lock in on artist at work; if you’re not then welcome to the best introduction you can find.