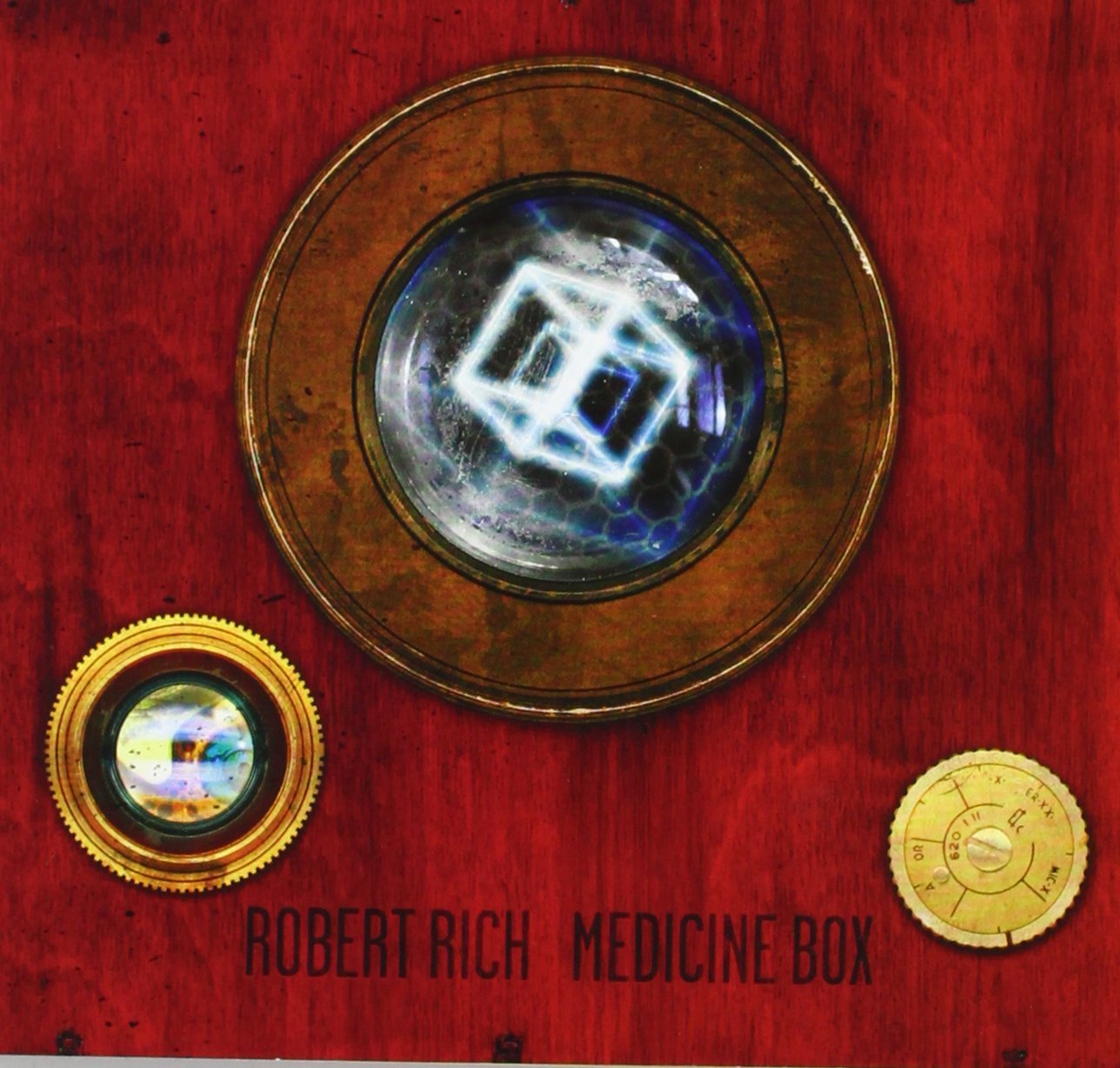 For around three decades, Robert Rich has been making music that defies categorization. After 200 albums (ok, maybe not that many!) one would think he has done everything and exhausted all ideas, but not so; with Medicine Box he is still finding fresh ideas in that seemingly endless creative pool. That’s not to say that his past works haven’t influenced this, but what comes forward here is a fresh approach employing a variety of ideas that circumvent many of his previous efforts, but present them in a new ways with reconstructed energy. Blending strong percussive elements of tribal and trance, along with deep bass pulses, sparse ethnic coloration, fragmentary melodies that play just under the surface, and floating textures via synths, cello and processed guitars that float within ambient sonic realms, there remains plenty of variety here from one track to the next. Guest vocalist Cheri Chuang adds wordless warmth to three of the album’s nine cuts, though her approach is different enough to give each of those a distinctly different flavor. Rich has a good sense of timing, and each piece is just long enough to make a concise musical statement yet not wear out its welcome. This does tend to the reflective and meditative side, but it’s not so far out in space as to put the listener to sleep; this is active instrumental music for a heightened listening experience but void of aggressive tendencies. Medicine Box is definitely a disc one will want to keep playing over and over.

Grobschnitt - Grobschnitt – Prog fans have been enjoying a renaissance of vintage prog re-issues. Albums that either never made it to CD or were transferred poorly to begin with are being released for your pleasure. Premier...  (1999) » Read more