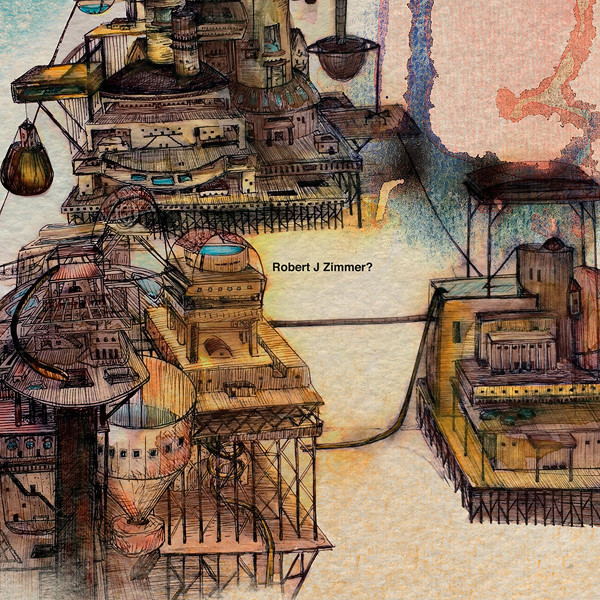 Robert J. Zimmer? (with a question mark) is a curiously named band from Chicago which, even aside from punctuation, defies expectations on almost every level. The instrumentation is unconventional, with tuba, clarinet, and trumpet as full-time participants along with guitar, keyboards, drums, and percussion. You might think, given the use of clarinet and tuba, that there could be a hint of klezmer in their sound, and you wouldn’t be wrong, though there’s a lot more going on here than just that. On the whole, RJZ could be legitimately compared to bands in the RIO or Chamber Rock streams, though they certainly have their own take on it. The compositions and arrangements are endlessly inventive, with elements of Balkan and latin music infused with jazz and rock. They also have a sense of humor about their art, with titles like “A Capella Is the Paleo Diet of Music” and “Light Dawns Slowly over the Whole (Foods).” Dissonance and noise have little place in this music, though the guitar hits the distortion from time to time. The arrangements are sometimes fairly dense, with each instrument on its own path, sometimes in harmony, sometimes more polyphonic. RJZ is complex yet accessible, and would almost certainly be a lot of fun to see performing live. Anyone looking for a unique new sound to add to their collection should check out Robert J. Zimmer? (with a question mark).

Fromuz - Audio Diplomacy – Fromuz is short for "From Uzbekistan," the homeland country for this inspired quintet that took Tashkent by storm a few years ago. Guitarist Vitaly Popeloff leads the band in a series of fusion and...  (2008) » Read more