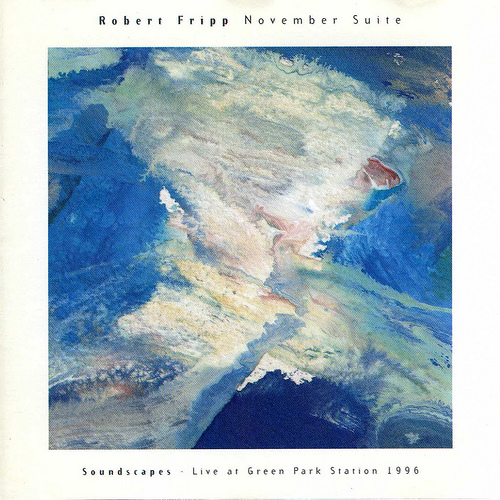 Subtitled "Live at Green Park Station," this 1996 recording reveals Robert Fripp in a performance of live soundscapes. One must take Fripp's word that it is a live event since, as with most DGM live recordings, there is little to suggest it. What this release has to offer, and in my opinion what validates the soundscape concept in general, is that these are entirely improvisational pieces. Fripp may have some pre-conceived sense of the overall sound colors he wishes to employ but he seems to let his muse guide him through the soundscapes until he senses a conclusion or change is called for. "Musically," there is little to say about these soundscapes that has not already been used to describe earlier such works: they all seem to evoke a dreamy soundtrack, sometimes turgid and disturbing, and sometimes tranquil and wistful. The more successful pieces generally involve the statement of a tonal theme which then develops and builds to an emotional crescendo before subsiding. There's nothing here to tap your foot to and no clue that an electric guitar is the sole instrument employed but the point of these exercises is to state a sonic idea and explore it to some natural resolution in real time. Fripp seems capable of producing an infinite number of these ideas so I'm sure this won't be the last we'll see in his bag of soundscapes.