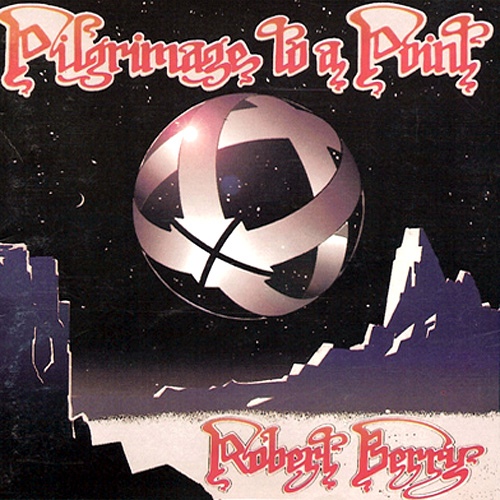 Robert Berry has been making music around the San Francisco Bay Area for about 20 years now – maybe longer. Probably his only national attention came during the late 80s when he teamed up with Keith Emerson and Carl Palmer for the album 3 and the tour which followed. Since then, I know that he has played several times around San Jose, opening for the likes of The Chris Squire Experiment and some other progressive acts, performing tunes from the 3 album and other original material. Pilgrimage to a Point contains two tracks co-written with Emerson and Palmer from a never released second 3 album, as well as two tracks co-written with Steve Howe for a never released second GTR album. There's also one track included that Berry submitted to ELP when they reunited for the Black Moon album which didn't end up on that record. So, basically most all the songs on Pilgrimage to a Point were to be on albums by other groups which Berry was affiliated with, but they weren't, so here they are now. Got it?

The excellent liner notes give a detailed walk through Berry's musical life over the past 10 years, including his stints with Emerson, Palmer, and Howe. The notes even include a Pete Frame style "family tree" with Berry's appropriate ties to ELP, Yes, ...etc and photos too. The songs are very much in the "3" vein – not overly progressive, but certainly more interesting harmonically and rhythmically than typical pop / rock music. A couple of tracks are really poppy, especially the untitled surprise track number 13. It has extremely strong Beatles ties and another track, "The Otherside," sounds like it could be Air Supply. Berry is clearly a song craftsman. His songs are well developed and produced, with all parts serving a purpose. He seems like the type guy that would spend hours working on a three second back up harmony vocal line to make sure it was just right. Oddly, though the liner notes are extensive, there are no musician credits given. It makes me wonder if there are any "special guests" on the CD. The two tracks co-written with Steve Howe either feature Steve himself on guitar, or someone playing his licks note for note – particularly the opening track "No One Else to Blame." Likewise, a lot of the keyboards are very much in the Emerson style – down to the Roland D-50 patches he was using around the time of 3. Fans of 3 and GTR would like this collection, but people who don't like either of those bands probably won't like this much. Interestingly, there's mention of a new band "Alliance" in the notes which Berry apparently joined in 1993 with former Sammy Hagar and Night Ranger band members, but I've heard no more about them since.