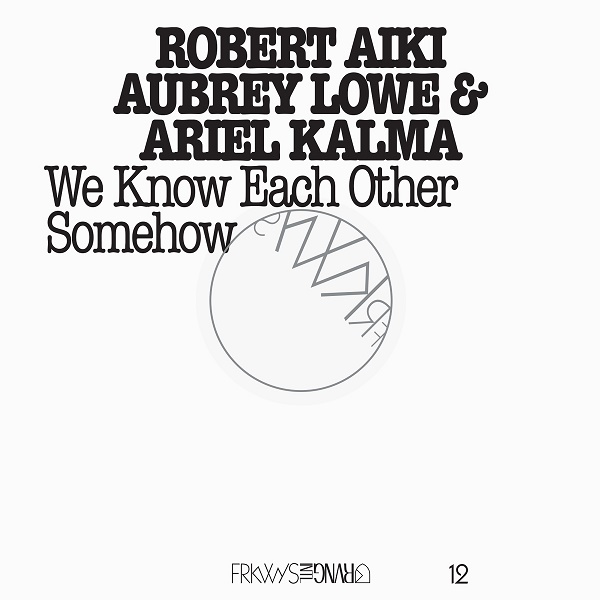 After first becoming acquainted with Ariel Kalma’s work through the Evolutionary Music collection, which contained odds and ends recorded over a period of several years, it’s interesting to listen to a CD that was intended as a unit. I’m unfamiliar with the work of Robert Aiki Aubrey Lowe on his own, but this collaboration presents a fascinating blend of environmental sounds, acoustic instruments, voices, and electronics, ranging from floating freeform ambiance to spaced-out drones to ethereal voices and burbling sequences and/or loops. The rhythms never reach Berlin School propulsion, although they do occasionally settle into easy-going grooves. But slow drones (some electronic, some by way of didgeridoo) are by far the dominant feature, often embellished with some kind of woodwind instrument, and the general mood is meditative without being soporific. “Miracle Mile” is probably my favorite track, the longest at nearly 19 minutes. It starts with forest noises, birds and insects, and at various times features a rhythm on shakers, echoing saxophone, and indistinct synthesizer parts — though many sounds are likely not what they appear to be. Lowe and Kalma have produced an electro-acoustic construction of impressive originality and great listenability.

Sylvan - Artificial Paradise – There's lot of music in the land between mainstream and neo-prog, and this is another one. They hail from Germany and this is their third effort. The music is thoroughly composed and produced, still...  (2004) » Read more

Why not use a mathematical formula for a song title?