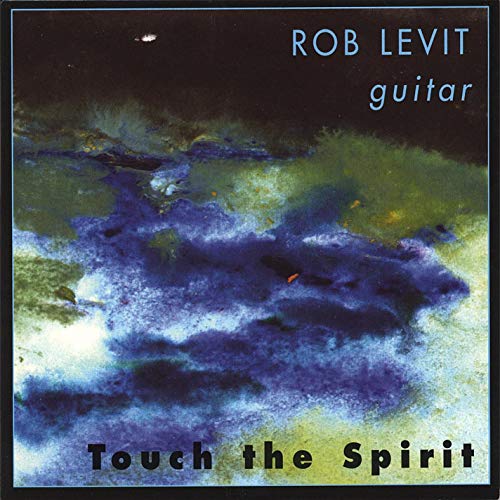 When this one arrived in my mailbox, I was not thrilled. “Oh, joy,” I thought, “a whole CD of New Age acoustic guitar.” I finally gave it a chance, and was pleasantly surprised. Sure, it consists mostly of acoustic guitar, but it’s not generally mellow, instead being fairly energetic, barring a few meditative pieces. There are 24 tracks, mostly short, with a variety of moods, and Levit does occasionally overdub second parts (including electric) and indulge in studio trickery, and even a bit of keyboard (possibly guitar synth) and percussion here and there. Levit is billed as a jazz guitarist, though I wouldn’t call this a jazz album strictly speaking. Like many other guitarists involved in jazz, he has a folky side, along the lines of Philip Catherine, Larry Coryell, Bill Frisell, Ralph Towner, Pat Metheny, and so on. Michael Hedges is also a good reference point. There are touches of blues as well, like the harmonically inventive “Disjunction Blues” with its flashy licks and driving tempo. Some of his more frenetic passages remind me of John McLaughlin’s acoustic work, and share a sense of peacefulness about the lightning-fast notes that’s hard to explain. “The Borderland” ventures into progressive territory, with a crazy meandering electric lead guitar and a backing that brought to mind Robert Fripp’s collaborations with Andy Summers. Fans of inventive guitar playing should give this album a chance – in spite of its marketing as New Age, it’s full of fiery playing.