Word reaches us today of the passing of an Indonesian music giant. Riza Arshad was the leader, keyboardist, and chief composer of SimakDialog, one of the earliest and most prominent bands to successfully mix jazz, rock, and Indonesian music into a satisfying style of their own. He was 53. 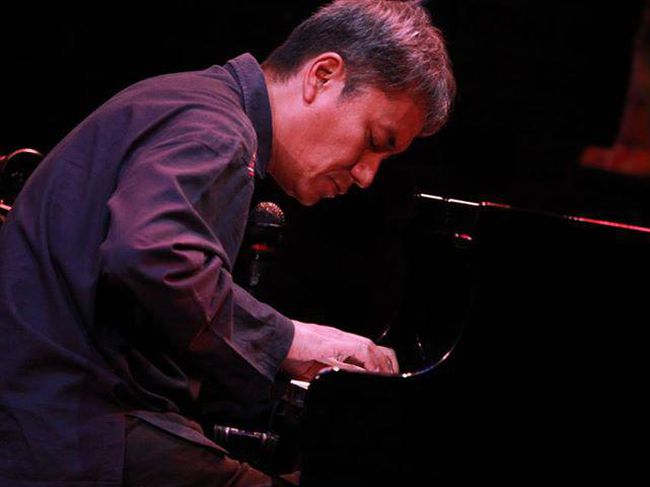 SimakDialog got started in the mid 90s, though their first album to see formal release was Baur in 1999. With Patahan in 2007, the group formed a relationship with MoonJune Records which has exposed their music to the world outside Asia and led to festival appearances in many countries.

With Elton Dean, the most important musician for the historical growth and development of MoonJune. Elton was a friend since mid 80s. Without Elton I would never start MoonJune, my first release is his duo album and thanks to Elton directly and indirectly I went to the crazy path: Soft Works, Soft Machine Legacy, Phil Miller, The Wrong Object, Hugh Hopper, Alex Maguire, Yumi Hara, Doubt, Machine Mass, Allan Holdsworth etc.

Thanks to Riza I was crazy enough to release 19 albums of Indonesian artists starting with his band simakDialog's Patahan in 2007. He was the first person to meet on the first of 25+ visits to Indonesia and he introduced me to 'everyone' over there.

Dream Theater - Awake – Judging by the various opinions that I had heard concerning this album, Awake was either the best album released so far this decade, or a worthless piece of tripe. I opted for believing the...  (1995) » Read more

Marco Gallesi - Riff – Fans of Italian outfit Arti & Mestieri will likely find it to be no surprise that long-time bassist Marco Gallesi has a deep fondness for traditional jazz and fusion. Now out on his own, Gallesi...  (2006) » Read more

Cafewien - Terrae Motus – Cafewien, a four-piece of guitar, drums, keys and bass, with a guest player on saxes, and any way one looks at it, Terrae Motus is an impressive album of sparkling jazz-rock fusion, the kind they...  (1996) » Read more

Kampec Dolores + Grencsó István - Koncert! – After seeing the name Kampec Dolores around for several years, I finally get to hear them. While I’m still unfamiliar with their studio work, I’m happy to report that they put on an...  (2004) » Read more