The sad news has come to our attention that Roger Trigaux, the guiding force of Present and former member of Univers Zero, passed away on the evening of March 10, 2021 after a long ilness. 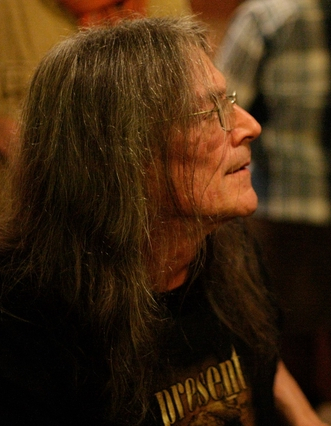 Trigaux was a founding member of Univers Zero in 1973, along with Daniel Denis, Claude Deron, Guy Segers, Patrick Hanappier, and John Van Rymenant. Trigaux stayed with the group until 1979, when he left to pursue his own music, and Present was the result. Since 1980, Present has released eight studio albums and a number of live albums.

Our thoughts and prayers go out to his family and friends. He was one of the most kind and humble musicians I have ever met, during Present's Bay Area stop on their 1998 tour of the USA.