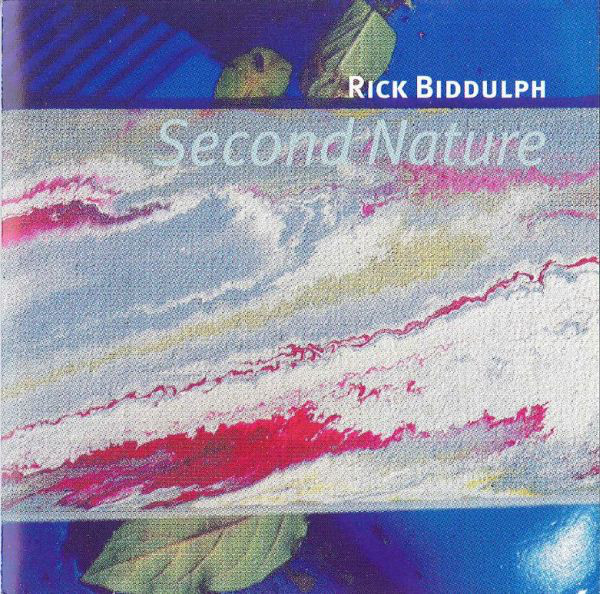 If his name is a mite familiar, perhaps it should be. Biddulph is a multi-instrumentalist who had been a roadie and sound engineer for several Canterbury bands (Hatfield among them) before joining the French band Anaïd as their bassist/guitarist in the mid-80s. Since then, he has turned up playing with Richard Sinclair's Caravan of Dreams, and most recently as a member of Mirage (the ex-Camel / ex-Caravan collective that released a live album and toured a couple years ago.

Second Nature is Rick's first solo album, primarily an instrumental outing where he plays guitars, bass, guitar synth, keyboards, balalaika, and sings on two tracks. He's joined by numerous guests, on saxes, flute, clarinet, midi-drums, piano, additional keyboards, and so on. The music herein tends to be a bit more on the relaxed side, quite atmospheric, perhaps in the vein of Pete Bardens' eighties work (Seen One Earth, etc.); with a strong thematic essence, it's almost as if the music here could be a film soundtrack of some type. Of the two vocal pieces, the first ("Lizard on a Rock") fits into the program well, and features some nice etherealities by Suzanne Bramson; the second ("Loose Ends") is a loungy soft-blues number with harmonies by Barbara Gaskin. Several tunes bear a more dark and mysterious feel, yet all the tracks are punctuated by excellent solos and spirited playing. A few numbers have a more pronounced jazz influence, most notably "The Hillman Effect," where Pierre-Marie Bonafos (ex-Anaïd) adds some impressive sax work. The closer, "Out of Harm's Way," ties the whole album up nicely. In all, there's much here to warm up to, it's a release that grows with each listen; remarkable for its simplicity, yet stunning in its ability to convey emotion.