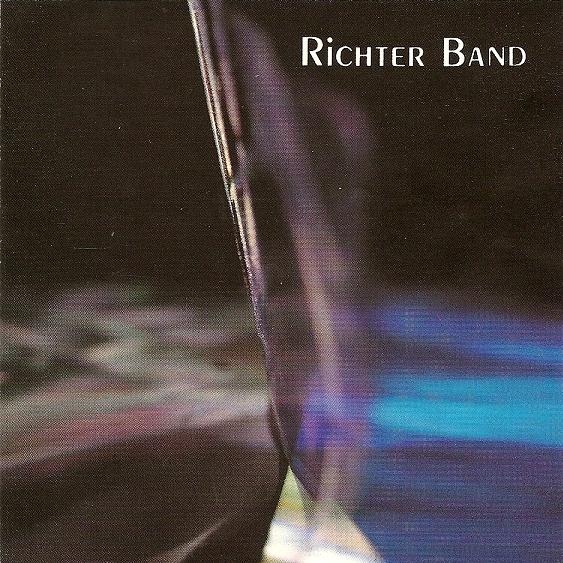 Listening to the first track of this Czech ensemble's debut album, I had the feeling that it was leading up to something — a sudden leap in intensity, an eruption into a wild and busy jam section, or some form of energetic musical statement (Gong's "A Sprinkling of Clouds" comes to mind). Well, the second track picks up a little, but throughout the entire 70 minutes of this disc, the music remains subdued and mysterious. That’s not necessarily bad, just a bit surprising. Richter Band is a three-piece, and their instrumentation includes electric and acoustic guitars, bass, and a variety of percussion — no standard drum set. The percussion is especially interesting; aside from some African drums, it consists almost entirely of "homemade" instruments — pots, pans, bowls, and other such items, used to surprisingly good effect. Much of the music on this album is created by the superimposition of several slowly shifting rhythmic patterns and melodic ostinatos. In fact, the rhythmic ideas they use are often quite similar in style to an Indonesian gamelan orchestra, with the pitched percussion parts being played by guitars and bass. An example closer to home might be the minimalist work of composers like Steve Reich, who has been influenced by the strong rhythmic nature of both gamelan and African drumming. Two of the ten tracks are percussion only, and in addition to the mesmerizing sound of all three members weaving a sinuous rhythmic trance, feature interesting, or at least creative, sound effects such as spinning pot-lids on a cement floor, all recorded with a healthy dose of reverb. Another track is created using only guitars, with spacey E-bow drones drifting through various pick and slide effects. Especially for a contemporary progressive ensemble, Richter Band performs an original and creative music. Relaxing, peaceful, and meditative, it may not appeal to listeners who want searing guitar leads and driving drum and bass riffs constantly bombarding their ears. But careful listening will reveal a certain sophistication underlying the deceptive mellowness, and more explorative listeners should find this disc quite enjoyable.