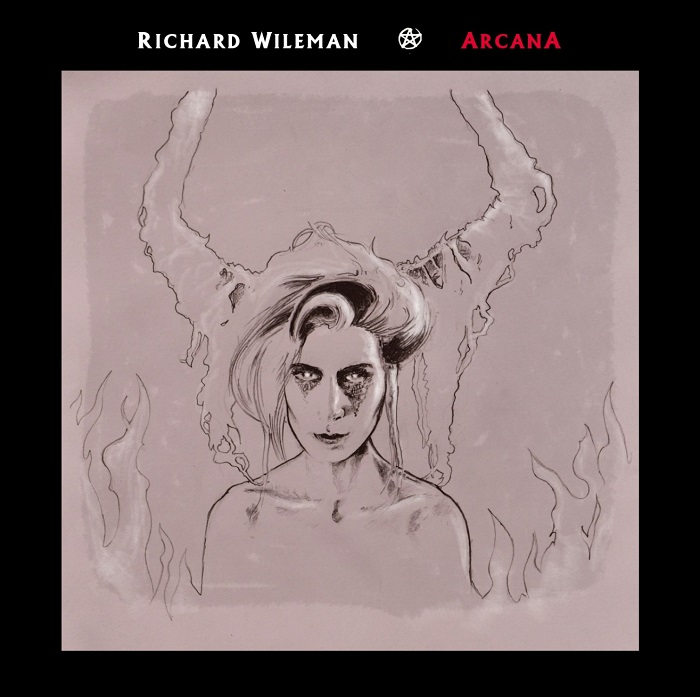 For his third solo album, following Veil (2018) and Cabal of a Thousand Souls (2019), Richard Wileman offers another baker’s dozen of performable songs in Arcana, perhaps a bit eerie, even spooky at times, though no less so than on its two predecessors. While some may consider his music dream pop, it’s generally not happy, cheerful, or introspective enough to bear that moniker uniformly, well informed by classical, progressive and chamber elements, though dreamy it is. Wileman himself sings and plays a multitude of instruments, including all guitars, bass, keyboards, bouzouki, appalachian dulcimer, and percussion, while Amy Fry – also a veteran of Wileman’s earlier band Karda Estra, sings and plays woodwinds (alto and baritone saxes and clarinet), with Sienna Wileman singing in the final track, “Crafted from Wood,” a track which appears to originally be from Don Falcone’s Spirits Burning project, reworked here. The album seems to be loosely based on themes from the tarot, with song titles like “The Star,” “The Devil,” “The Sun and the Moon,” “The Hanged Man,” and “The Fool” offering ample evidence. Even though there are two great singers on board, there are several superb instrumental tracks in the batch that stand strong on their own. Sometimes Fry sings solo, for example on “The Star,” where she does a splendid performance, sometimes Wileman sings alone as well, for example on “After London” or the opener “Seed Sown, Mind Blown” (where his voice is treated to an array of effects), but the most satisfying tracks are those where Wileman and Fry are harmonizing, for example on “Pilot” or “How I Ended It All.” Needless to say, as a composer Wileman is well along the way on the road less traveled, a listener will have a really hard time comparing most of what’s here on Arcana to anything else out there, so my recommendation is to drop by the Bandcamp page (link below) where all thirteen cuts can be sampled.