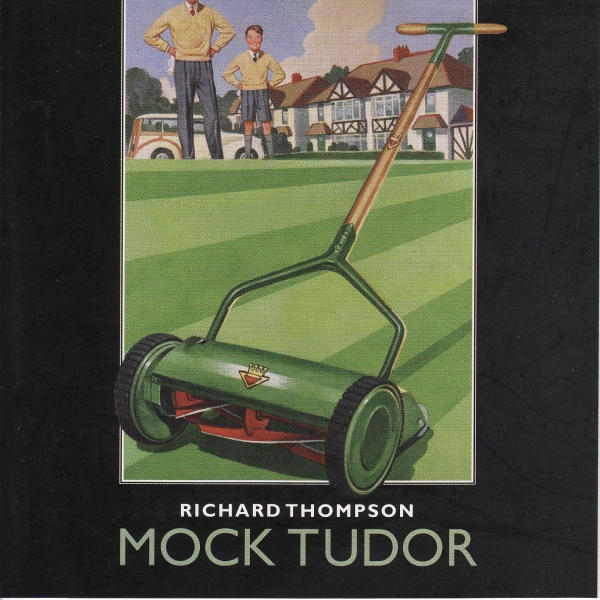 Richard Thompson’s latest album for Capitol Records (his longest stay on any major label) follows a three-tiered study of songs: The first five on the disk follow a “Metroland” theme. Opening track “Cooksferry Queen” is rockabilly piece about a wild object of desire from the city with the patented Thompson Strat lines pounding away with catchy hooks galore. “Bathsheba Smiles” is a subtle song which relates another femme fatale encounter with a control freak. The next four tracks are grouped under “Heroes in the Suburbs.” This batch includes “Uninhabited Man,” a clever piece about deception with a strong acoustic backing track with Richard’s best lead vocal on the disc. The album closes out with three strong vignettes which fall under the heading of “Street Cries and Stage Whispers.” “Sights and Sounds of London Town” is characteristic anthemic statement while, a shroud of doom and gloom descends on “That’s All, Amen and Close the Door.” Thompson’s semi-staple backing group calls upon former Fairport alumni, Dave Mattacks on drums and Danny Thompson (ex-Pentangle) on upright bass who are both steady and true. Thompson’s son, Teddy is being tutored (hence the pun with the album title) by the master by adding vocal and guitar accompaniment on several pieces as well. Overall, the album is a straightforward undertaking with crafted folk rock arrangements by a gifted writer continually breaking through.