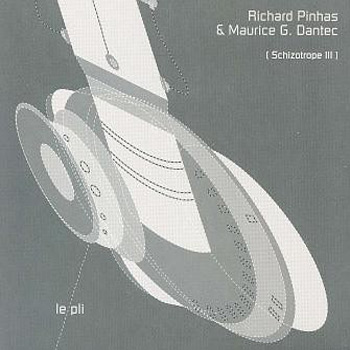 Back to Heldon? No, back to solo! Richard Pinhas has spent almost one year in studio with new musicians from the top-notch French avant-garde scene to produce a new Heldon album, but in the end it’s his new solo album which is issued first. Not a true solo yet but a ‘bi-solo’ album as he says himself: Richard plays guitars and electronics but he is also accompanied with Maurice Dantec, a famous French writer of techno-punk novels (close to Ballard meeting Gibson and Chandler!). The principle of this album is very simple but the music is surprisingly complex and beautiful. Richard plays a basis on guitar like what he did on De l’Un et du Multiple (some Frippertronics, to put it shortly), but he adds some very complex studio work on rhythms, delays, bells, etc... and Maurice Dantec uses digital morphing on his voice, which reads texts of famous French philosopher Gilles Deleuze. Back to Electronique Guerilla then? Yes, maybe. But the sound is deeply 90s contextualized and provides us with a totally avant-garde new electronic sound, which embodies well Richard’s aim at always being at the core of (new) electronic guerillas! This is a superb new solo album which also provides some tunes with Gilles Deleuze’s own voice (morphing from Dantec’s one), also featuring Norman Spinrad, plus a full band effort on the last tune "Les Racines du Mal," which gives a pretty taste of the new Heldon album: growling bass, mad drumming by Antoine Paganotti, an amazing compact and furious sound mixing, throbbing guitars, and an incredible violence. Richard is back, don’t miss it!