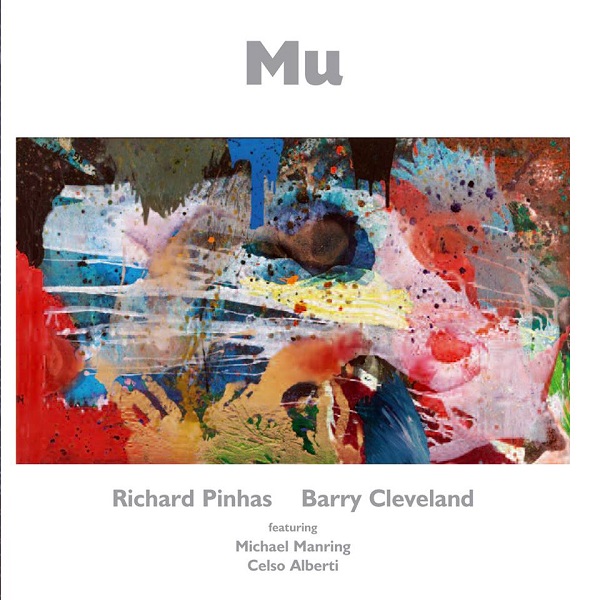 Improvisation is an artform that many musicians attempt to create within, but very few have the knack to master to the point where anyone – other than the musicians creating it, can enjoy. I’ve heard so much of it over the years, and so little of it ever even gets off the ground, let alone satisfies. Fortunately, Mu presents what great improvisation should be, with each of the four players finding their space and having the good sense not to attempt to dominate the proceedings. Richard Pinhas brings a lot to the table, having forged a style over a lifetime in music with Heldon, in solo explorations, and together in various collaborations, with his guitars, synths and metatronics. Barry Cleveland, who along with bassist Michael Manring were two-fifths of the great improvisational unit Cloud Chamber, the former bringing that experience along with a heightened sense of melodics carried out on a multitude of instruments to the proceedings at hand. Manring brings his adventurous fretless bass sound to three of the album’s four cuts, along with Bay Area percussionist / drummer extraordinaire Celso Alberti. The four voices work together magically to create this superlative improvisational environment.

The album’s centerpiece is the sprawling epic “I Wish I Could Talk in Technicolor,” that meanders through some amazing sonic territory over its 26-minute duration, with all four players firing on all cylinders. The nine minute opener, “Forgotten Man,” features only Cleveland and Pinhas, but that doesn’t make it any less worthy than any of the other three, growing forward with a middle-eastern melodic theme while synths and electronics drone away just below the surface. “Zen / Unzen” begins quietly, shimmering forward for a couple minutes until a resolute groove is found with Alberti driving, then gears shift and move back to a spirited workout with Cleveland’s multi-instrumental approach driving the proceedings home with Manring’s percussive bass keeping the groove moving forward. Closer “Parting Waves” features some mysterious spoken parts occasionally interwoven with the textural droning, gliss, and bubbling bass before it all fades out at four minutes. The brisk pace of ebbs and swells throughout as well as the constant parade of mysterious instrumentation makes Mu nothing short of a masterpiece, beginning to end.