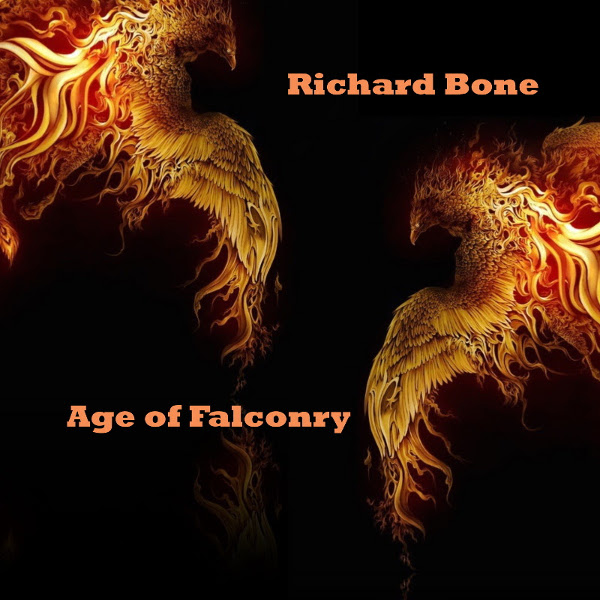 This July marks US electronic composer Richard Bone’s first release on Mega Dodo Records. Back in the 90s Richard was influenced by Brian Eno and Harold Budd’s explorations into ambient music, and he has been honing his compositions since then. Age of Falconry contains nine different takes on ambient music, combining the abstract with contemporary electronica, while walking a fine line between both. Some tracks, such as “Apotheosis” are floating abstract circular instrumentals, while others like “Damfino” contain pulsating industrial mechanical rhythms and modulated chords. There is a haunting beauty at work here that stands up against a cheery warmth, that works remarkably well in spite of being polar opposites. One track that sounds a bit strange is “Winged Persia.” Richard embraces with floating circular music when out of left field another melody breaks in as if another tune is playing. Perhaps if you think of a graceful bird soaring on thermals and a falcon suddenly attacks, you may understand the disruptive nature of this track. All in all, a special set of ambient pieces with some unusual titles: “Queensbury Wilde” that may refer to Oscar Wilde’s downfall, “Let Us Prey,” “A Shooting Star Was I,” “Urgent Curious,” “Mabuhay!” the Filipino greeting meaning Live!, “Banyon Days” that could refer to the 70s TV show, “Damfino” which was the name of Buster Keaton’s boat in his comedy short, “Winged Persia,” and “Apotheosis” or climax and a wonderful title for the last track.