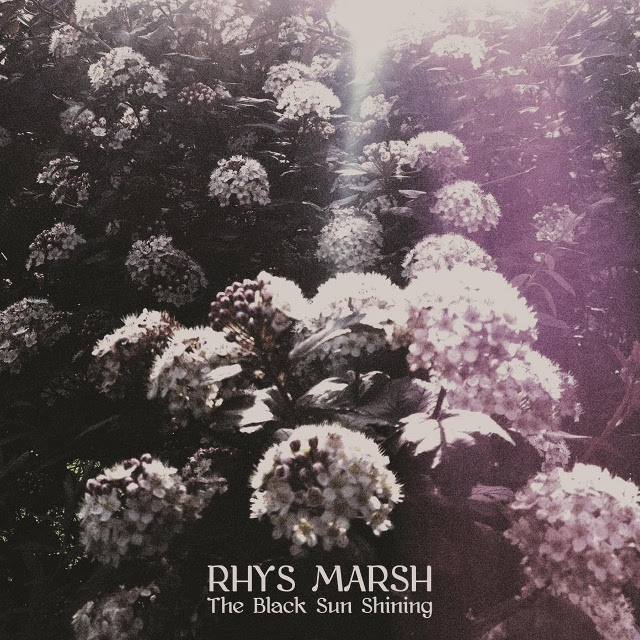 Over the course of seven warm summer days last July, Rhys wrote and recorded the seven songs on his new release The Black Sun Shining. Though the seven tracks are all songs, they are primarily instrumentals that were recorded live in one take. He purposely recorded the parts as soon as he had written them, so he would not have time to practice and then rely on muscle memory to play the music. So there is an impulsive and instinctive element to the music. And once he had captured his musical idea, he moved on to the next even if he could have improved it. He did as little editing as possible as he wanted to highlight the edges and give the impression that these songs just fell out of him. The only real editing is the cross fading of the songs so The Black Sun Shining is like one long piece instead of seven separate songs. Consequently there are some minimalistic elements to the riffs, melodies, and lyrics. For example the lyrics to “Down to the Waves”

The music is a combination of driving percussive sequences, guitar riffs, and electronic melodies. Some songs are quite beautiful and soothing. For me, the standout songs are “Find Another Way,” the nearly 12-minute “Soothe the Fear,” and the album closer “In the Summer Light.”