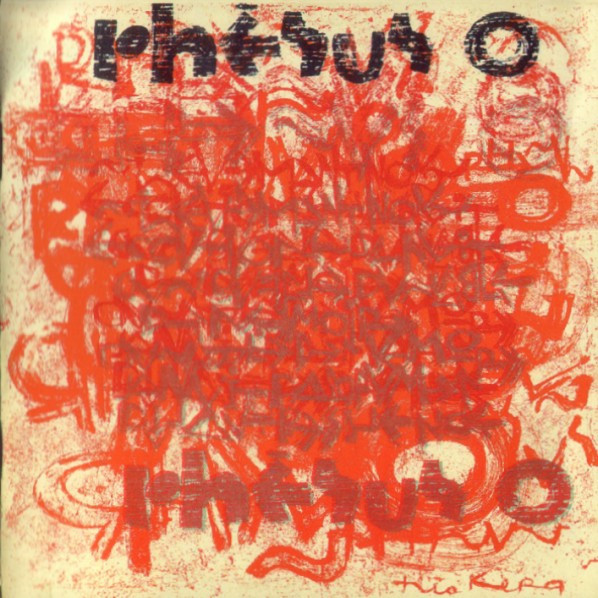 A lost relic from the early zeuhl period, Rhesus O was a band formed by keyboardist Jean-Pol Asseline and drummer Thierry Blanchard in 1971, along with five other musicians — among them Magma alumni Francis Moze (bass) and Alain Hatot (saxes, flute), and actually represents the first real Magma offshoot band, although at that point neither Blanchard or Asseline had been members themselves (Jean-Pol later joined during the Köhntarkösz / Live period after the dissolution of Rhesus O). Their style could be described as a mixture of Third and 4 period Soft Machine and the early Magma circa the first album or 1001C. The lineup included dual keys (organ and electric piano), dual basses (electric bass and double bass), and occasional xylophone, plus saxes (soprano, tenor, and baritone), flute, acoustic guitar, and drums. The playing is extremely tight and spirited, with a strong contribution from all the players. The album contains nine short to mid-length gems of sparkling jazz-rock, each with its own character and lifepulse. The sound quality is excellent, especially considering that these tapes are twenty-five years old. Were it not for the vintage instrumentation, one could easily believe this was recorded yesterday. Sadly, there are no tapes beyond what constituted the original album, so that's all you get, thirty-five solid minutes in all. This is definitely a must-have for all zeuhl fans and friends of jazz-rock alike.

Digging through their music archives Musea has unearthed another relic of the pre-Magma / zeuhl school of music. Recorded in 1971 at the Chateau d’Herouville, this short-lived band produced what many aficionados consider to be the first zeuhl album. Drawing on their jazz roots and close association with Gerard Prevost, Jean-Pol Asseline and Thierry Blanchard pulled together seven other likeminded musicians to create a rich and sophisticated music akin to Magma’s first album and Soft Machine’s Third and Fourth. With today’s CD technology and the tendency now to utilize it to the max, the roughly 36 minutes for the nine songs are just too short. It is too bad that Musea could not augment the original album with some bonus tracks. Rhesus O is an essential album for fans of this genre and could be a great place to start for the uninitiated.