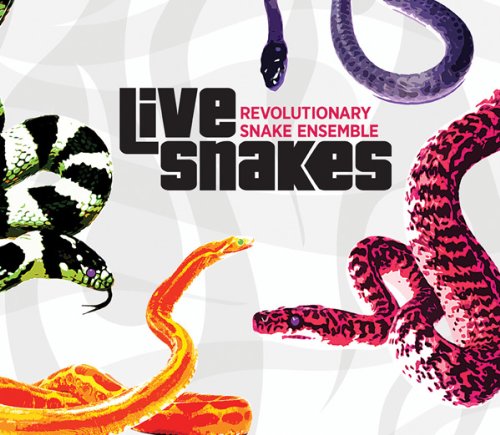 Saxophonist Ken Field’s Revolutionary Snake Ensemble is basically a seven to fourteen-piece portable jazz party, a big band sound with a huge nod to dixieland and numerous other styles, as well as some brilliant improvisation. The live setting makes this even more fun than usual; it’s hard not to find joy and jubilation in these instrumental grooves. A dozen live cuts – only a few of which have appeared on earlier releases, were drawn from four shows over a two year period, so the group membership varies from track to track, but one will find trumpets, trombones, alto and tenor saxes, flutes, acoustic and electric bass, and (usually double) drums in abundance, along with occasional tuba and additional percussives. Roughly half of the tunes here are Ken Field originals, the balance being superb interpretations of standards and traditional pieces. Among the latter are an inspired version of Duke Ellington’s “Caravan,” the traditional “Rock of Ages,” and the 50s pop hit “Que Sera Sera” made popular by Doris Day, although the RSE version presented here breathes a whole new life into that old classic. Of special note is “For Karen,” a seven-minute group improvisation that segues directly into “I’ll Fly Away,” a 30s piece traditionally played at funerals – the feeling morphs gently from melancholy to joy, these two pieces dedicated to the recently departed animated film producer Karen Aqua (1954-2011). Also of note are the last two tracks on the disc, which are remixes of other pieces recorded by the group. All taken, a very fun release that deserves to be heard by all.