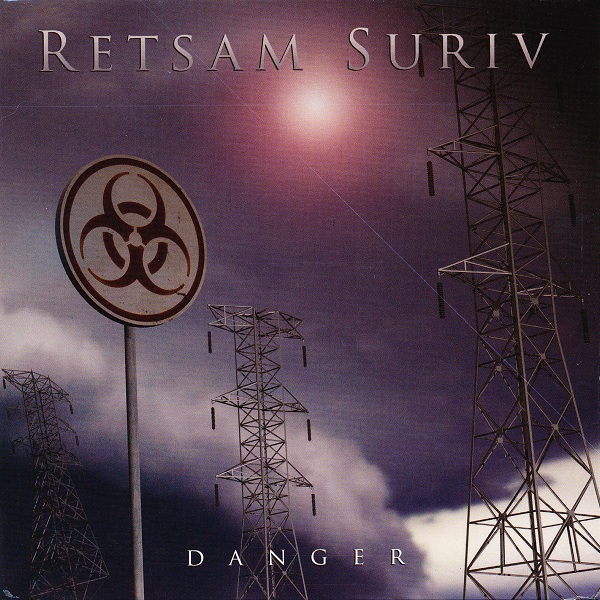 I've seen Retsam Suriv called a progressive metal band, so the opening track, "Alto Voltaje," took me a little off guard. It's a solid slice of modern instrumental progressive rock with some piano work that leans toward the jazzy side, and while the guitar sound is well into rock territory, I wouldn't call it metal. It's good stuff all around. With the second track, we get some vocals and some parts that definitely fit the prog-metal label, though far more interesting than a lot of bands in the genre. At under five minutes, it cruises along nicely, doesn't venture off into any self-indulgent solos, and provides a good showcase for Vilma del Giorgio's voice. To my ears, Danger could best be categorized as symphonic rock with some metal leanings. Normally I wouldn't put much stock in such characterizations, but I know many people who don't care for prog metal and would avoid anything in the genre out of hand, and Retsam Suriv has plenty to recommend them and appeal to the non-metal audience. The touches of jazzy voicings and chord changes, the flashes of classic psychedelic riffing, the rhythmic complexity, and del Giorgio's singing all provide broader appeal. And they still rock, at least some of the time. Several of the tracks, which are mostly in the seven to 12 minute range, provide moments of relative calm, with meditative guitar and a softer vocal tone. The first time I heard of this band was when they had to back out of their Baja Prog appearance, which is a pity — judging by this recording, they could easily pick up a lot of fans by such a high-profile show. This Argentine band is definitely worth checking out.

Steve Roach - Arc of Passion – "Passion" is one of those loaded words. For instance, though it dealt with a fictional account of the life and death of Jesus of Nazareth, Martin Scorcese’s film Passion (for which Peter Gabriel...  (2009) » Read more