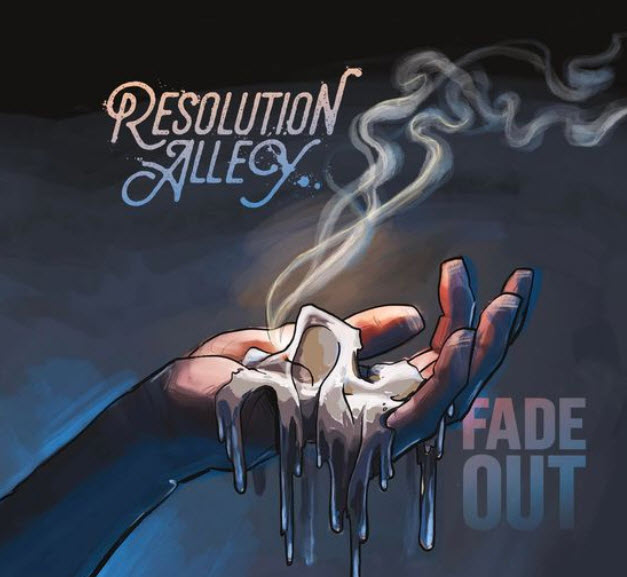 Resolution Alley is the solo project of Jason Wilson, formerly of Emerald Tiers, Sustained in Jade, and The Dark Aether project, the latter should be known to fans of the North Carolina Progday festival where DAP have played, though Resolution Alley is based in Maryland. Fade Out is RA’s second release, another four-song EP, where Wilson composed and wrote the lyrics, sang lead and played keyboards and bass. He is joined by drummer Manny Arciniega, a couple different guitarists — Dale Coleman on one track and Ahren Bucheister on the other three — and vocalist Laura Van Duzer on the track “Over and Over.” The four cuts that make up this EP certainly make good on the promise of the self-titled debut, a polished and well-produced rock sound informed by elements of 80s pop and modern progressive rock proponents like The Pineapple Thief and Porcupine Tree, to name just a couple; but Wilson has his own ideas that offer a sound that while streamlined is at once powerful as rock goes and radio friendly (at least the way I remember radio, the way it used to be). The obvious earworm here is “Ever After,” one of those songs where the refrain (“You’re not my ever after, you’re not my happy ending”) gets stuck in your head all day long, in fact I can see on the project’s website that it has been released as a single ahead of the September 2022 EP release. The opener “You Are...” is a driving rocker powered by some interesting keyboard textures, and showcases Wilson’s outstanding voice, and a ripping guitar solo to boot. Van Duzer’s backing vocals certainly add interest to “Over and Over.” It’s the softer, gentler approach of the closing title track that stands out among all the others here, though it erupts into more aggressive rock mid-song, reminding me a little of classic Saga. The entire EP is only around 18 minutes long, but certainly delivers some high octane songcraft and outstanding production.