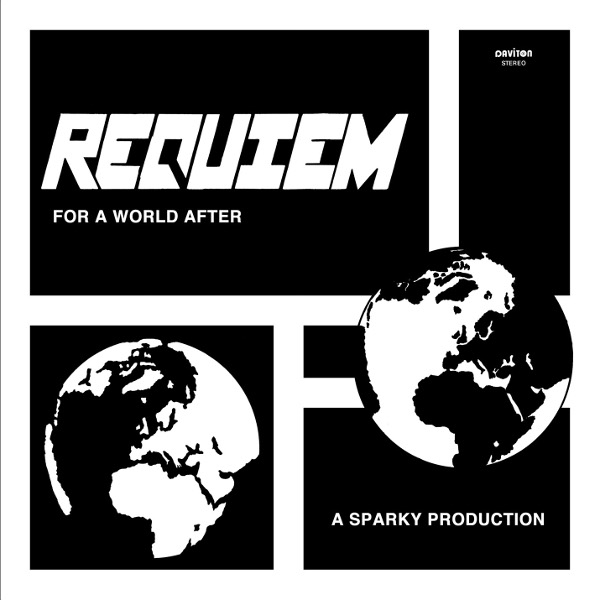 American expat and electronic composer George Speckert worked as a music teacher in Hannover, Germany in the 70s. He wrote and produced music in his spare time, inspired by Tangerine Dream, Klaus Schulze, Jean Michel Jarre, ELP, etc. When he met another expat, David Cassidy (not the Partidge Family actor), who ran a small record label, Requiem began to take form. George also met Massimo Grandi, who contributed electric guitar to the album. Six months later George released a private edition of 1000 copies. Now 36 years later, Mental Experience and Guerssen have released the first ever reissue of this obscure electronic album of dark ambient synth music. For a World After is a concept album that describes the possible annihilation of the Earth through nuclear war, something that is on everyone’s minds again these days. The six tracks “Destruction,” “Devastation,” “Realisation,” “Revelation,” “Construction,” and “Creation” take you on the journey from disaster to a new hope. The music is an abstract ambient tone poem augmented by delayed electric guitar and drones. Beginning with electronic waves and a pulsating beat, George takes us on a survey of the destruction and devastation caused by the nuclear weapons followed by the realization of what mankind has done. The bubbling fuzzed sequencers communicate the awful horror of what happened. Slowly through the dark and despairing days, months, and years it becomes apparent that the world can be restored and “Revelation” begins to grow positive in its final minutes. The music is now upbeat as mankind and the Earth rebuild and finally there is a New Age vibe and surging sequencers as life begins anew. Quite an ambitious project that has been saved from obscurity.

Phoenix - Renascent Phenomenon (Archives 4: 1970-1971) – Supposedly this album of songs was written back in the early 70s for the original version of Dutch group Phoenix, which included Jos Hustings who, along with partner in crime Mathilda Roza, is...  (2005) » Read more