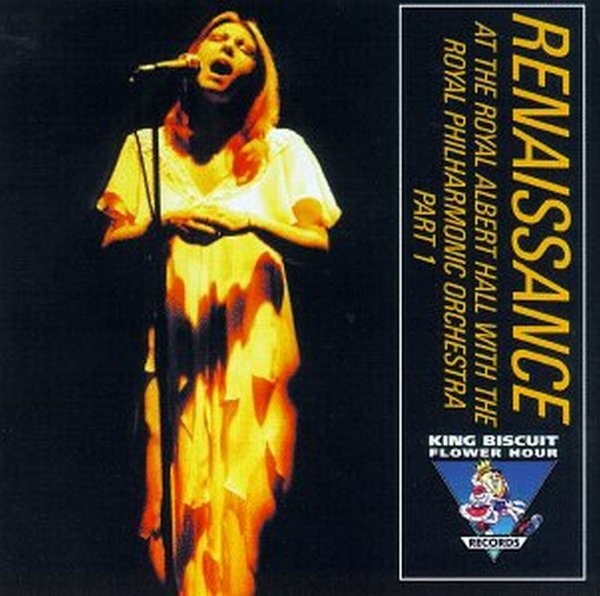 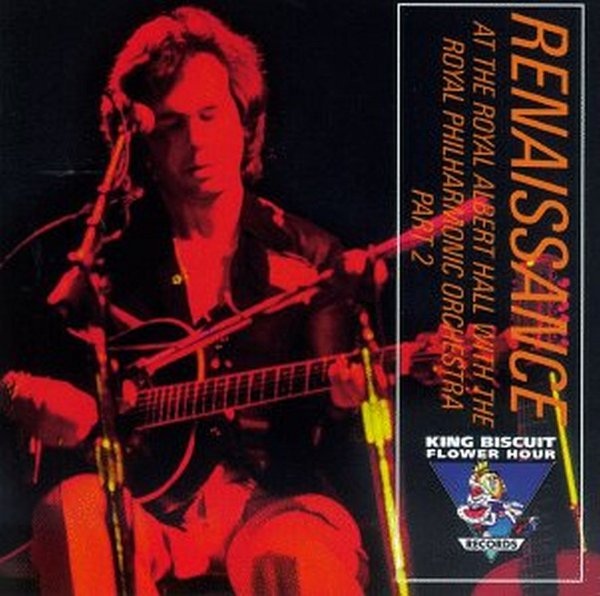 It is with great pleasure that I announce Renaissance live at the Royal Albert Hall with Orchestra. Recorded live on the King Biscuit Flower Hour on October 14, 1977, this is a far better album than the original live album. Live at the Royal Albert Hall captures Renaissance on the Novella tour. An excellent album, an excellent tour, and this time the orchestra is well rehearsed (my gripe with the Carnegie Hall album).

Part One of the show opens with a full orchestra version of "Prologue," no band, and it works quite well. "Can You Understand" is next, performed flawlessly — all the songs are. The beautiful "Carpet of the Sun," classic Novella track "Can You Hear Me?" and finally, an excellent version of "Song of Scheherezade" — the Finale is just so good! Part Two keeps it coming. "Running Hard," "Midas Man," "Mother Russia," "Touching Once Is So Hard to Keep," "Ashes are Burning." The ending vocal part of "Ashes" is excellent, Annie's solo just got better every year. The band hits a few rough spots here, but in all I find it quality performance.

Like the Classical music they appropriate, from studio to stage is a whole new experience. And as good as any Renaissance album is, live is better. The band is composed of Jon Tout (keyboards), Michael Dunford (guitars), Jon Camp (bass), and Terrence Sullivan (drums). They are a competent bunch, Tout and Camp are particularly good players. Part Two has a few bonuses: a 1979 live version of "Song for All Seasons" which is quite good and quite unexpected as it's listed as "Prologue" on the CD! And the appearance of a lost song, "You (Part 1 and Part 2)" from 1984. It is a good song, with a bit more structure than A&M probably wanted in their music at that time.

My only gripes are the split packaging. Why? The KBFH Kingfish CD is a double. And finally as good as the performance is on this disc there is one annoying feature, a nearly constant buzzing (feedback of some sort), that while not overly intrusive, is there all the same. As you might have guessed, I recommend these two CDs highly.