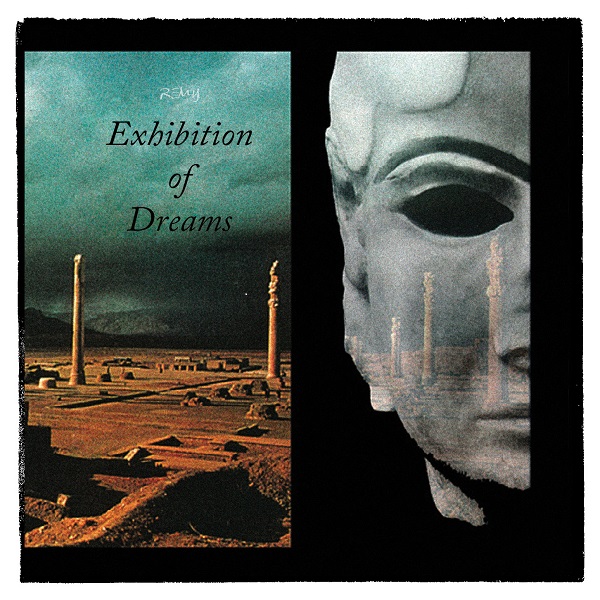 Remy Stroomer was born in 1979 in Haarlem in the Netherlands, and began taking keyboard lessons at the age of nine, and in the mid-90s while still in high school he joined with other bands and musicians performing in public, playing in a variety of styles, although at the time he envisioned his own compositions played in the Berlin electronic music style of Klaus Schulze, Tangerine Dream, and others. With his first synthesizer, a Korg M1, he began recording his own pieces while still in high school, yet the genesis of the compositions began on much more humble instrumentation years earlier, but the initial vision was there and with the Korg and other borrowed instruments began to take shape, and his first album. Exhibition of Dreams was completed in 1999, just after Stroomer’s 20th birthday, and first released as a two-CDR set on AKH records (a label he co-owns with Ewout Koek). Exhibition of Dreams is an expansive and visionary collection of pieces firmly rooted in the Berlin style, rife with beautiful melodies set against powerful sequenced textures, reminiscent of all the strongest music created in that style across the previous 30 years. On its tenth anniversary, the original CDR set was remastered and reissued on a proper CD, and at the same time, an additional disc, Exhibition of Dreams – Revisited, featuring five new compositions in the style of the original was released along side the original, which strongly benefited from additional equipment that Stroomer had available at that time. One of the more expansive pieces on the original, “Mirage,” was completely re-worked and re-recorded, while certain others from the original underwent reworking. All throughout this time, Stroomer has been creating new music unrelated to the original except by style, and to date he has close to twenty releases to his credit, some in collaboration with others. Twenty years have passed since those beginnings now, and Exhibition went out of print long ago, so this time out the original two-disc version, the Revisited disc, and a fourth disc, Dreams in Progress, which includes an edit of the opening track “Into the Dream” as well as live performances of four tracks from November 1998 and February 1999, including the aforementioned side-long “Mirage.” Add to that an artbook and you have the whole of Exhibition of Dreams 20th Anniversary Box Set, in a limited edition of 50. It’s a lot of music to absorb, but represents the earliest work of the artist and the foundation for all that came after.