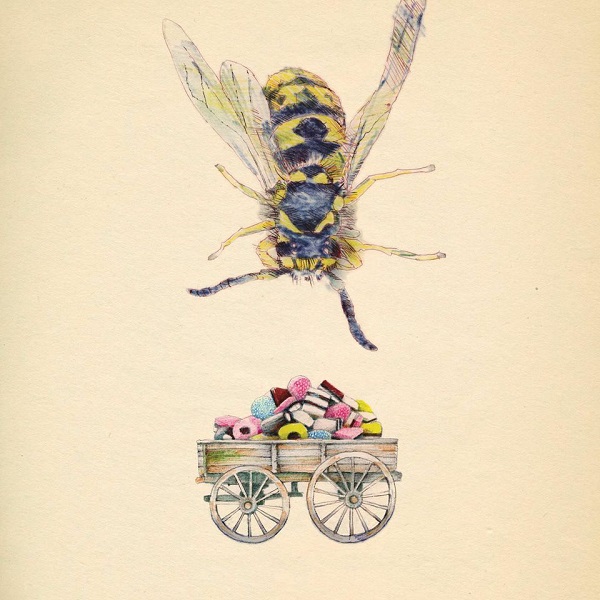 The worm turns and Jarrod Gosling is back with a second helping of Regal Worm. There are five tunes, two eighteen minute numbers sandwiching three shorter pieces. This new serving of worms is more palatable than last year’s Use and Ornament. Jarrod is honing his craft and still integrating many different elements. The opening track is a mouthful “Odilon Escapes from the Charcoal Oblivion. But Endeavors to Return and Rescue the Cactus Men.” Plus it contains six parts with equally odd titles. When you think that you have figured out where Jarrod is going with this tune, he shifts gears and goes in another direction. There is the pseudo-techno beginning, then robotic vocals, later backwards tracks, some King Crimson elements, eventually some tasty acoustic guitar, another shift to some Canterbury sound, and finally coming to a close with acoustic guitar, sax, and more reversed music, all richly accompanied by his Mellotron. The three “short” tracks are interesting as well. “Animal Attic” begins with a music box and then kicks into some energetic prog rock that constantly shifts. Then the middle track, “Tombland Guerilla,” is a great mood piece of processed organ. “Sovereign of the Skies” is full of Hammond organ, Mellotron, and sax for some raucous prog rock. And the disc ends with the other 18-minute opus “The King of Sleep (Parts 1 to 5),” another composition full of shifting patterns and emotions. But this one is a bit more consistent. There are enjoyable quiet moments mixed in with tuneful guitar work. Overall, Jarrod has built upon and extended what he started in 2013. Definitely worth checking this one out when it is released on October 13, 2014.

Tipographica - Tipographica – While Japan has always had its share of inventive new musics, the recent surge in this area has put the country on the map like never before. With Happy Family, Il Berlione, Ruins, Zypressen,...  (1994) » Read more