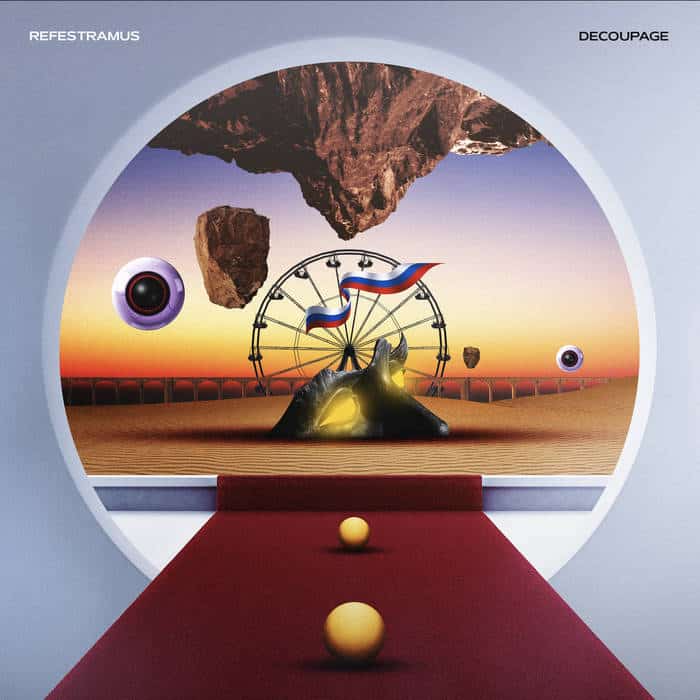 Decoupage is the art of decorating a surface with shapes or pictures and then coating it with varnish or lacquer. There was a barber in a little town where I used to live who did this during the dead time when there were no customers waiting. I used to save all my old magazines and give them to him every few months, other customers would do the same; he would pick through them, cut pictures out and paste them on these large pieces of poster board. The same concept can be applied to music, applying sketches and ideas with elements of an artists musical palette. Refestramus is the project name of Chicago area keyboardist and composer Derek Ferguson, working in the area of hard rock and progressive songcraft across the twelve pieces that make up this, his debut album. Ferguson’s musical endeavors began back in the early 90s with a number of different amateur prog rock bands, and the typical problems of yound bands finding gigs eventually led to giving up the effort, though for all the years since, the creative spark was still there, and 30 years later Ferguson decided to record some of the songs he wrote way back when, as well as composing some new material. Assisting in the effort are some other musicians and singers — bassist Jerry King whom we know from Moon X and Cloud Over Jupiter, guitarist Eric Castiglia, and singer Craig Cairns feature on most of the cuts, but there are many other singers and instrumentalists playing on this cut or that, fourteen in all besides Ferguson, who handles mostly synths and drums. While this isn’t a concept album, the first six numbers are unrelated songs with the standout “Emeline” as the opener and “I was Young and Stupid (But I’m Not Young Anymore)” closing the first half, with the three part “Wasteland” scattered among the tracks in between. Part 2 is merely Eisenhower’s 1960 farewell speech with musical backing, parts 1 and 3 being more substantial. The second half of the album is subtitled “Russian Influences,” an album side’s worth of material that loosely relates to Russian themes; the standouts here include “Another Country,” the catchy “Agent Mikrovolnovka,” and the closer “Forgive Me My Love,” which is a translated cover of Russian pop star Zemfira’s 2000 hit song. “I Adore You,” which opens the side is also of note, featuring singer Monique Pop. All taken, Refestramus’ debut is a solid opening move, I look forward to what comes next.