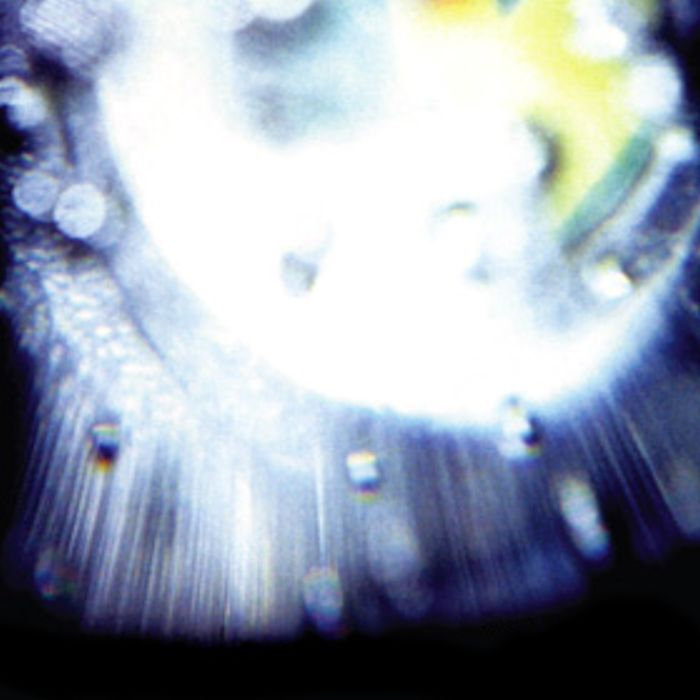 Besides the eight track titles, the CD packaging contains like, zero information. Recall from their earlier disc Undogmamind (reviewed in issue 27), Receptor Sight is an experimental duo from Sonoma county in Northern California. While the earlier album was more of a free-form exploration of studio based sound sculpture, this latest effort, while no less inventive and explorative, seems somewhat more rock based and loosely structured therein. Droning ambient sonic overload still comprises a major part of their sound, as well as raw and unfettered experimentation, but added to that sound palette we now have some percussive elements and the sound of recognizable instruments like distorted electric guitars, acoustic guitars and drums. Amid the roars and groans of industrial noise and the swirling maelstrom of anarchic floating sounds, an element of songcraft has crept in, and the result is all the better for it. Some of the more structured elements may at times seem to reflect the influence of Steve Tibbetts, Amon Düül (both I and II), and the earliest versions of Tangerine Dream, as well as world music forms (Indonesian gamelan music, for example, on “Slowed Down Thumb,” and African drumming on “Flying towards the Hole”). This writer was very impressed with Receptor Sight’s debut, and didn’t think they would be able to top it, but with Cycles and Connections they definitely have.