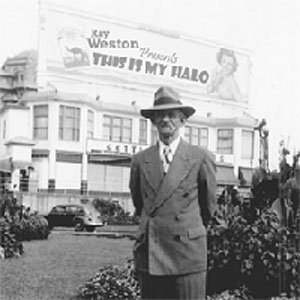 Ray Weston is best known as the long time voice of Echolyn. After the band broke up Weston took some time to gather his wits about him, work out his musical demons, and prepare himself for the next stage of musical life. This CD is twelve slices of psych from the singer-songwriter point of view, minimally accompanied with emphasis on personal lyrical delivery and emotive impact. There are many outlets for the composer on the disc; for example fans will appreciate “Idle Hands” for the rockier side of his band’s work. “The Evil Almighty” could even be a track on a recent record by alternative rockers the Posies or Jason Falkner despite the quirky organ backing. The grungy chords in the midsection with the whiny lead solo work especially well against Weston’s crooning. The mood across the disc is a bit downer with small windows of optimism (prominent on pieces such as “Lonesome Secrets.” From a lyrical standpoint, Weston’s imagery can be part voyeur (“When I Fall”), brutally intimate (“The Most Violent, the Most Beautiful”) or flat out depressed (“81702”) but a strong sense of identity is evident in the organization of his ideas. “Charles Bronson” is probably the most memorable song partly due to Weston’s need to manage aggressive tendencies while Brett Kull provides some great lead guitar wailing. Kull co-produced and engineered the sessions, retaining a minimalist approach focusing on sparse sounds of acoustic guitar, piano and the odd sampled backdrop. Closing out the disc is an endearing home recording that serves as a fitting closure to the release. Overall it’s good to hear that the component parts of one of the best modern progressive acts has a viable musical outlet that stands as an firm indicator for the sum being better than the best individual parts.