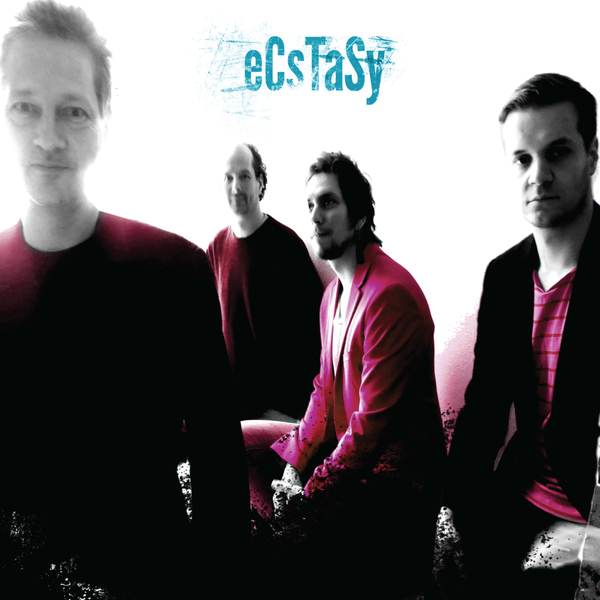 Ecstasy finds Raoul Björkenheim in a quartet setting with drums, upright bass, and saxophone along with his guitar. The band has been playing together since 2010, and they've forged bonds of highly intuitive communication, blurring the lines between composition and improvisation. All four are inventive players, capable of dazzling the listener, more with creativity than technical prowess. Björkenheim's playing has the free-wheeling intensity of Sonny Sharrock, and his tones remind me of Terje Rypdal at times, but he's his own man, and his approach to what the electric guitar should do in this otherwise acoustic context knows no boundaries, sometimes using fairly clean tones, sometimes distorted. This is a very different sound from when I last heard him (on Blixt). Saxophonist Pauli Lyytinen plays tenor and soprano (I think — the credits aren't specific), and manages to keep the soprano from sounding wimpy and overly pretty like it so often does. His breath and grit form a lot of the appeal to the recording. After the two energetic pieces that start the CD, we get "Deeper," with cavernous arco bass from Jori Huhtala, and moody long tones on the other instruments; drummer Markku Ounaskari provides sputtering accompaniment. Such free pieces fit well with the composed tracks, which are interpreted very loosely, usually consisting almost exclusively of a melody stated on the sax with the guitar either doubling it or providing commentary. Aside from the melody, there may be a few rhythmic motifs that bring the band together, serving as a springboard for improvisation, that that's it — no fancy polyphony or complex arrangements. On "Through the Looking Glass," things get a bit more freaky, with Björkenheim indulging in some extensive knob-twiddling. But every track has great moments to offer, and Ecstasy is a kick from start to finish. Put it together with Dylan Ryan's Sand and you've got hope for the future of jazz.