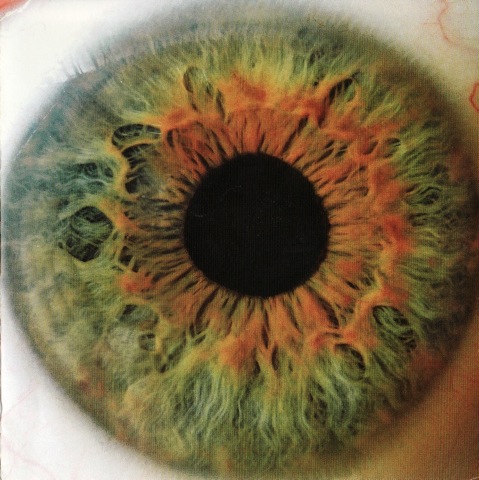 The only other release by Raoul Björkenheim I’ve heard is the collaboration he did with Nicky Skopelitis from 1997. I liked that a lot, but with two guitarists, you never know who’s doing what. This time out, it’s all Björkenheim. Credits are pretty sketchy (“Music by Raoul Björkenheim” is all it says), but I think it’s safe to assume all the guitar parts are his. Many guitarists, given free reign, might produce a shred-fest of fast runs doubled by their own bass playing, power chords and flashy solos. Luckily, that’s not what we have here. Björkenheim’s interests lie more to the sonic possibilities of the guitar as sounds rather than traditional notes. He uses slides both on bass and guitar, and often the noises are mangled beyond certain identification of their sources. The drum parts, which may or may not be programmed (they sound pretty real), focus on throbbing toms, slow and moody as on “Sages” or faster and building to an incredible frenzy on the title track. “Circles” features alternating parts: a brutal chugging dissonance and a spaced-out sustain backed by quiet fiddly notes. My favorite is undoubtedly the title track, which features a chorus of chunky rhythm parts and a wild melody voiced in octaves, maybe like Snakefinger on steroids, and an edgy solo with little respect for such niceties as key signatures, like Henry Kaiser in a really bad mood. This track alone is worth the price of admission.