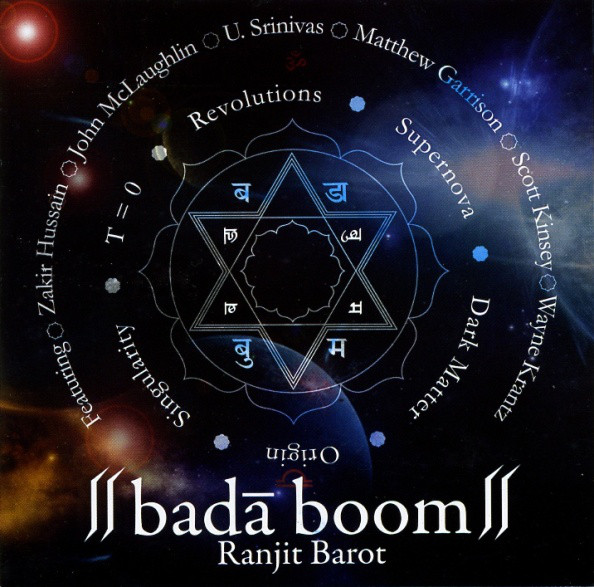 Drummer Ranjit Barot has certainly surrounded himself with world-class international talent, much of which also records for the Abstract Logix label. Since participating with John McLaughlin on Floating Point (the venerable English guitarist's return to fusion music), Barot has worked out his own compositional approach. Barot’s songwriting style favors traditional Indian thematic development with a well-developed ear for Western jazz and thick and knotty string and horn accompaniment (expertly provided on this album by the Tim Garland Underground Orchestra and the Nirvana String Section), with as much room as needed for tasty improvs. “Singularity” starts the album with Matthew Garrison and the hottest licks on the disc between Wayne Krantz and Tim Garland hanging in tough and dishing it out hot and heavy. U. Srinivas's mandolin gracefully opens “Supernova” before Zakir Hussain’s tabla joins with a serene vocal line while “Revolutions” has some Weather Report-like keyboard playing. Most of the pieces carry a strong spiritual undertone and an orientation of East-meets-West, an infusion both familiar and uplifting. The drummer’s own rhythmic skills are incredible, putting him somewhere on the all-star drummer map between Billy Cobham and Vinnie Colaiuta. “Origin” closes out the album on a danceable strut with Krantz adding a few bluesy jazz darts. Keyboardist Aydin Essen adds some convincing lead lines as well. Overall it’s a global tour de force of both insight and chops.