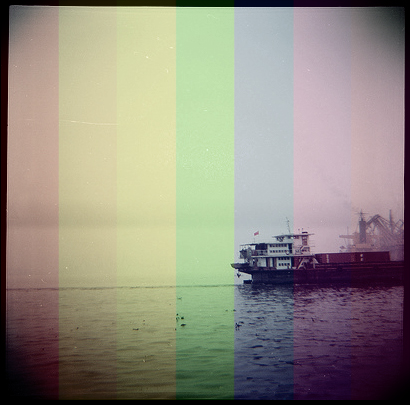 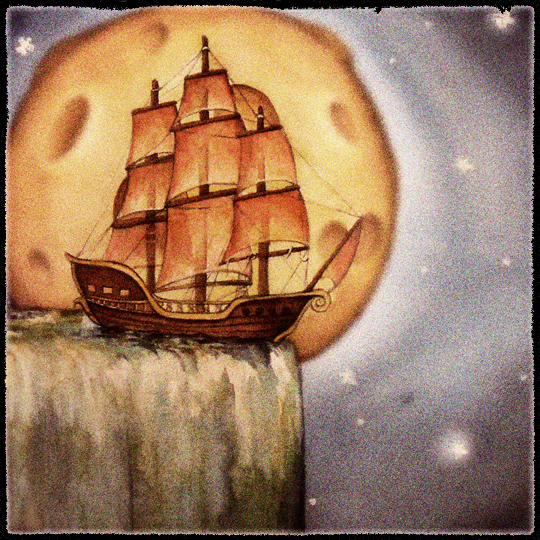 In their promotional photos, the members of Rainbow Danger Club pose in costumes reminiscent of characters from Jules Verne stories, and I've heard they do the same when performing live. Which is fitting, since the stories they tell in their songs have a very Vernian steampunk sort of feel to them, with a dash of surrealism thrown in. The stories aren't spelled out precisely, so I'm not sure how the drunken captain relates to the people in the cloud city and if the neighbors on the rooftops are in the same city where babies grow on trees. (Actually, some of this is clear if you read the booklet to Where Maps End, but it's fun to mash up some of the odd images they toss out.) The New Atlantis (26 minutes) was put out as a preface to RDC's full length debut, Where Maps End, but even with this EP, they present a sort of story, mostly only hinted at by the titles of some of the instrumental bridges between the songs. The EP features four of the songs that would appear on Maps, though at least two of them are differing versions. The core of the band consists of main songwriter Jesse Munson (guitar, vocals), Dennis Ming Nichols (bass, vocals), Michael Corayer (trumpet, keyboards), and Michael Ford (drums), and they are joined by guests to fill in other parts. The arrangements are lush and varied, full of lovely touches that remind me at times of The Decemberists, Arcade Fire, New Pornographers, Klaatu, and even a bit of proto-prog like Gracious, Gnidrolog, and early Procol Harum (Shine on Brightly) — if you can imagine something that brings all that together. In any case, the result is frequently glorious: the triple-play of "Drown the Creatures," "Lego Sunrise," and "Neighbors on the Rooftops" is simply stunning. Many other such moments appear throughout their music. Another thing that should be mentioned is the fact that while it was largely recorded "at Jesse's apartment," the sound is amazingly full — no lo-fi posing here, they go for the full-on band-as-orchestra effect. I can't recommend this highly enough. They may not be playing in 15/8, but there's enough depth and craft in this music that prog fans should find it a worthy addition to their collections.