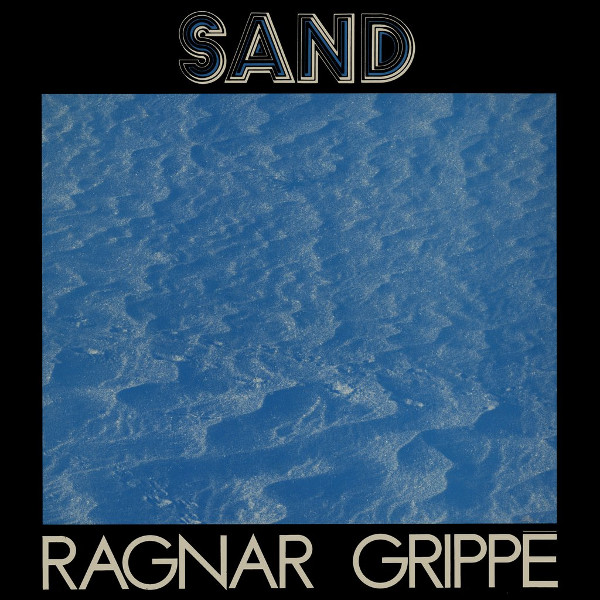 This is a nugget from the past. Grippe is a Scandinavian electronic and electro-acoustic music composer whose work is under appreciated. Originally released on the visionary Shandar label from France (they issued early releases by the likes of La Monte Young, Steve Reich, Philip Glass, Karlheinz Stockhausen, Richard Horowitz, and others), the music of Sand is inspired by the sand paintings of Boiswanadhan. Using organ, recorder, harmonica, electric guitar, bells, mbira (also known as kalimba, an African thumb piano), maracas and the voice, along with overdubbing and musique concrète techniques, Grippe creates a mesmerizing soundscape that partakes of the American minimalist style as well as the more hard-edged and intellectual approach of the European electronic tradition in this piece from 1977. Utilizing short repetitive elements — motifs, rhythmic cells, etc. — Grippe mixes things up by layering sounds that are not synchronous. This results in erratic, jagged rhythms which are at odds with the underlying regularity of the repetitive materials. Also, while the work is relatively austere, there are some clashes of harmonies or melodic materials which depart from the minimalist doctrine. The resultant piece is like a more European, and free rendering of early Terry Riley. In fact, Grippe creates a work that is at once hypnotic and jarring. While the inattentive listener might bliss out, this is really not trance inducing, rather it is a work that revels in the disruption of the minimalist dogma in a way that is both musical and fascinating.