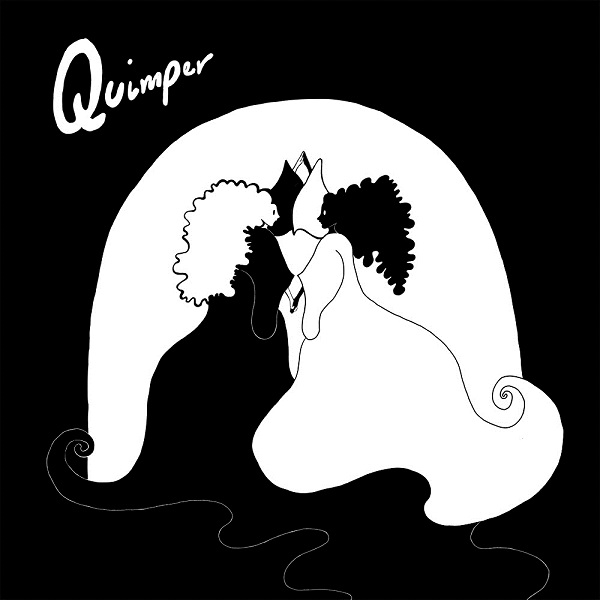 Despite Quimper’s multiple web sites and social media, there is a dearth of information about this London-based band. All that I can determine is that Quimper is the duo of Jodie Lowther and Johnny Vertigen. Jodie provides vocals, but I have no idea who is credited to the various instruments they play on this EP release. Two Magpies is a set of five short, ethereal, and eerie songs, each one unique. The title track opens the disc and is a haunting, predominantly drum-driven song with minimal accompaniment and difficult to understand vocals. The next song is “Feline,” which could easily be on the soundtrack to a Dario Argento movie. Think of a melancholic child’s fairytale with a dark Victorian ambiance. The third song, “My Volunteer,” has a rhythm guitar ostinato and vocals that are clearer and exhibit a new wave influence, while retaining the Gothic feel. “My Volunteer” is followed by “Rictus,” that now features wraith-like electronics and sequencers that create a song that approaches David Lynch territory. The disc closes with “The Balcony,” a stark and sterile crystalline electronic song that calls to mind the darker side of Bernard Szajner’s Some Deaths Take Forever from 1980. All in all an interesting set of unsettling songs perfect for late at night. And if you are so moved, you can download this EP for free from Bandcamp.

Zabu - My Coffin's Ready – Lucien Zabuski, aka Zabu, was the original vocalist for Magma, prior to the enlistment of Klaus Blasquiz. This is his first post-Magma solo album, which showcases his unique gravelly voice in a blues...  (1994) » Read more