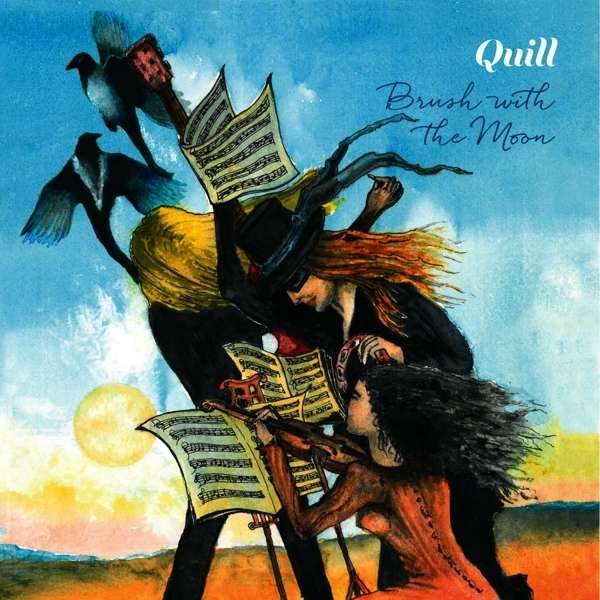 Hailing from the midlands of England, this Quill (a popular band name!) dates back to the 70s. They’ve maintained a steady existence as a popular live act and in all that time have avoided the recording studio. This could be in part because their live shows tended to lean heavily on covers, although a repertoire of originals has emerged over the years. Sadly, songwriter and bassist Ben Brain passed away a few years back and Quill came to an abrupt halt. Time passed, wounds were healed, and the discovery of a cassette of demos Brian had put down led his wife Joy (Quill’s lead singer) to borrow a page from Jeff Lynn and John Lennon and construct this album using the demos as a starting point. She reformed the band (with several new members including ex-ELO drummer Bev Bevan) and Quill are active again. Some of these songs might confuse long time fans who are used to Quill’s reputation for rousing violin-tinged pop rock or Celtic romps. Instead, many of these tracks verge on tear-jerker pop ballads with a fair amount of “twee” in the mix. The Native American homage “Nine Mile Camp” doesn’t quite gel, either, plus ending everything with a depressing ode to 9/11 seems ill-advised. Fortunately, these missteps are balanced out by the mature and gentle pop of “Quicksilver” and “Wedding Dress,” featuring Joy’s superb singing. The playing and production throughout is top notch and a group this talented deserves to be heard. Hopefully there’s more to come.