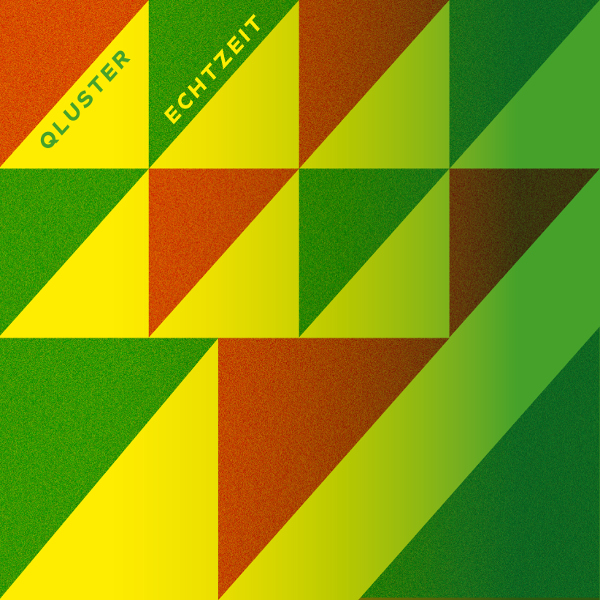 Qluster is the third incarnation of Kluster / Cluster, with Hans-Joachim Roedelius as the sole original member. In 1969 Roedelius, Dieter Moebius, and Conrad Schnitzler founded Kluster. Two years later Schnitzler quit the band, with Roedelius and Moebius carrying on as Cluster until 2010 when they split. Roedelius soldiered on, enlisting Onnen Bock to form Qluster. Then in 2013 they were joined by Armin Metz to become a trio again. Echzeit is Qluster’s sixth album. Cluster, in its various forms, has always used the same creative process. The members sit down and start playing, with the musical structures emerging from their improvisations. Then they extract the album tracks from those long sessions that feature a special atmosphere, engaging patterns, and / or figures. Experimenting with new instruments, effects, and settings often results in the musicians being more creative. Even though their approach favors experimentation, the music is far from what you would call experimental. Harsh sounds, dissonance, glitches, noise, etc. are largely absent. Echzeit is a mature contemplative set of ten instrumental pieces that harkens back to the direction they started exploring on 2013’s Lauschen. Many of the tracks are quite delicate in nature, exhibiting a mature approach. Of course Roedelius’ favorite instrument, the piano, appears on many of the tracks. And providing some natural reverberation and presence to the music, Qluster recorded large parts of the album in a church. I found the entire album to be enjoyable and difficult to single out the high points, though I did detect some references to the Eno years on “Von weiter Ferne ganz nah.” And then there is the surprising short Krautrock / psych track “Zweites Kapitel.” Considering that Roedelius turns 83 this coming October, it is truly remarkable that he continues to create music of this caliber!