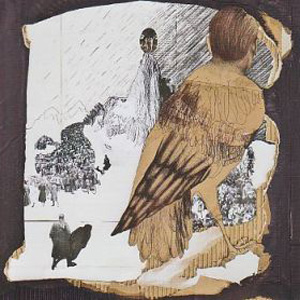 The listener will immediately be struck by the opener “Privileged Station,” which sounds more like a British heavy prog-psych band from around 1969 than any Italian band from 2013; in other words, these guys are made-to-order for the Black Widow label. Beginning with the second track “P.S.M.” they begin to show their Italian side (even though the lyrics are in English throughout the album), definitely feeling the same influences that drove some early 70s bands like The Trip and Osanna: the swirling organ power that recalls the early VDGG albums, and the gentler guitar and flute driven approach of Trespass era Genesis are fused into a common thread here, again recalling early 70s British styles as much as Italian bands of the same era. Lead vocalist Andrea Calzoni, who doubles on flute, is a powerful frontman and elicits that vintage early 70s feel as much as any of the other four instrumentalists in the band (electric and 12 string guitars, organ, piano and glockenspiel, bass and drums), all of whom show a studied and conscious understanding of what made the music of that era great. One has to wonder if these guys ever listen to the recordings of their contemporaries, or if they’ve just spent their entire lives studying the music of that brief period of classic post-psychedelic and progressive rock. If I didn’t know otherwise, I could easily be convinced that the six songs here (including one instrumental) were recorded no later than around 1972. So there you have it in a nutshell. A solid recommendation for those who seek vintage sounds.

Big Brother & the Holding Co - Hold Me - Live in Germany – For the better part of forty years the core members of Big Brother (Peter Albin, Dave Getz and Sam Andrew on bass, drums and guitar respectively) have been playing together, and by now are an...  (2008) » Read more