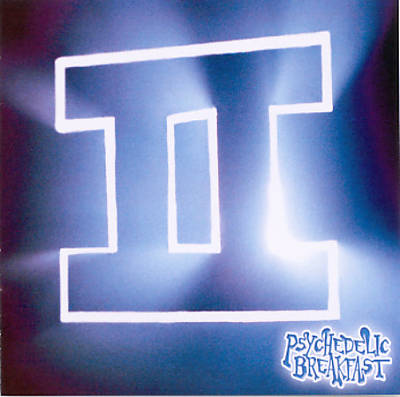 With Phish on a hiatus, and Dave Matthews and Widespread Panic pursuing more commercial directions, who will be the next hot group for “jam-band” fans? It might just be this young band from Connecticut who happen to feature one of the most talented new lead guitarists in recent history, Tim Palmieri. Psychedelic Breakfast’s second album shows the strong influence of early Phish, and the tunes are a launching pad for some stunning instrumental flights. The rock-based music has plenty of nifty time signature changes that are reminiscent of progressive bands, but they also incorporate a touch of funk and some reggae into the diverse mix. The band shifts effortlessly in and out of various musical styles, often within the course of a single tune. The highlight of the album is clearly Palmieri’s fluid and inventive guitar lines that can vary from subtle and jazzy to downright explosive. He blends technique and emotion exceedingly well, and he is most certainly a name to watch in the future. While the playing of the guitar / keys / bass / drums quartet is consistently strong, the songwriting is nothing special. The lyrics are typically throwaway, and the vocals are soulful at times but fairly nondescript. Of course, neither of these drawbacks have prevented Phish from gaining a wide popularity! With the band just starting to tour around the country one can predict that their live show (and this album) will bring plenty of converts to this exciting addition to the jam-band scene.