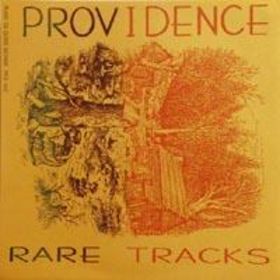 In their brief career, Providence only released one album, ...And I'll Recite an Old Myth From..., and graced at least one of MIJ's sampler discs. Their sound is a powerful neo-progressive blending brilliant melodics, high energy delivery and lengthy well crafted compositions, with vocalist Yoko Kubota tying it all together.
Rare Tracks is a collection of outtakes, rare live tracks, and so on, that apparently pre-date their 1990 album; these tracks to tend show more of an overt Crimsoid influence than might be hinted at on their album, and offer a different perspective of the band. While the performance, as might be expected, is outstanding, it should be noted that the sound is bootleg quality.

Geordie Haley’s Every Time Band - The Green Suite and Other Stories – Formerly of Fredericton’s tiny music scene, jazz guitarist Geordie Haley now takes up residence in Toronto with the Every Time Band. The line-up is rounded out with vocals, drums, bass, sax, and...  (2006) » Read more