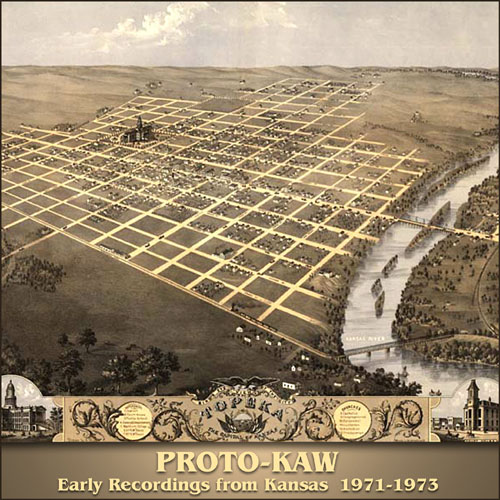 Kansas was pretty widely exposed back in the 70s, and while they were basically similar to other bands of the era, there was a hint of the progressive sound that appealed to many fans of more complex music. Little did we realize what lay in the band’s past. I was quite surprised by how unconventional this early incarnation of the band was. The songs, ranging from five to almost fourteen minutes in length, feature unusual structures and instrumentation, and often have extended improvisational sections. The line-up, with two sax / flute players and two keyboardists, is unlike the band’s later form, and lends this music an air of uniqueness. At times, the sound is reminiscent of early Van der Graaf Generator, though Lynn Meredith’s vocals tend to the higher register and lack Peter Hammill’s harshness. Songwriter / guitarist Kerry Livgren is not afraid to let the other players take front stage. John Bolton’s electric sax with various effects is a major distinguishing feature, along with the piano / organ interplay of Don Montre and Dan Wright. The main drawback is the lyrics, which tend to youthful profundity and over-dramatic fantasy, but are easily ignored for the music’s better qualities. The recording quality is surprisingly good, considering the age of the tapes, and it is truly fascinating to speculate what might have come to pass if this incarnation of Kansas had been successful instead laboring in obscurity, and how many other gems like this lurk in attics across the country.