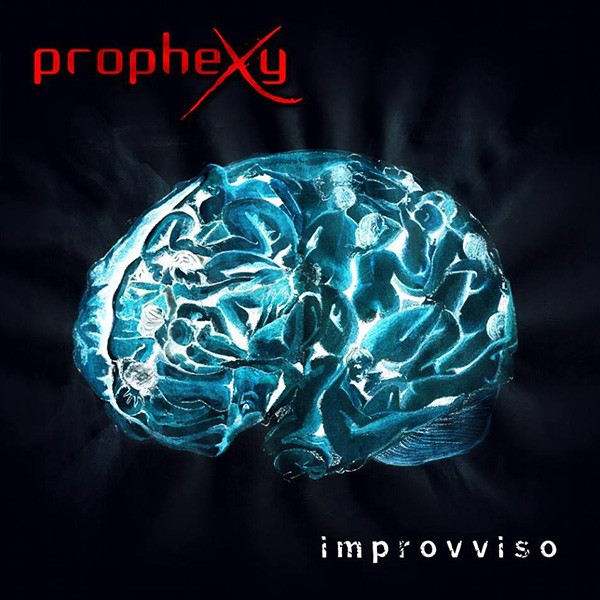 It's worth noting that the Italian word improvviso means unexpected, not improvised (provided I can trust Google Translate), so if you're expecting some spontaneous composition from PropheXy, you'll be disappointed. Improvviso is in fact a live recording of progressive rock with some jazzy elements, a touch of Canterbury, and dashes of RIO as well — which, come to think of it, is rather unexpected. Apparently the band were not aware that the show was being recorded, hence the title. With a name like PropheXy, I was half expecting prog metal, which this certainly isn't. Another unexpected (as long as you're not reading the liner notes in advance) thing is the sudden appearance of Richard Sinclair's unmistakable voice on the last two tracks, one of which is a lovely rendition of "Golf Girl." On the band's own material, the Canterbury influence is less prominent, though I suppose a bit of National Health can be detected in a track like "Stralci di Quotidiano," with the electric piano and wandering arrangement, though the assertive guitar tone is not much like anything you'd hear from Phil Miller. But sounding a bit like National Health is nothing wrong in my book! In addition to the keyboards and guitar, the vocals are quite strong, with some parts even reminiscent of Demetrio Stratos of Area (the improv section of "Paradigmi Mentali") — I suppose this might turn off some listeners, but I really enjoy it, since it's so well done, in tune and in keeping with the music. There's also some great work on flute throughout, which really comes in handy in the tracks with Sinclair. I highly recommend this unexpected treat — like a good dish, it's got a variety of flavors combined into a tasty whole.