Flor de Loto, Sonar, and Infinien are the first three performers to be announced for the 2017 edition of the long-running ProgDay Festival. The 23rd ProgDay takes place Saturday and Sunday, September 2nd and 3rd, at Storybook Farm in Chapel Hill, North Carolina. 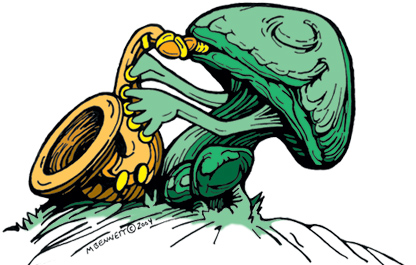 Flor de Loto and Sonar are no strangers to us here at Exposé. We've reviewed numerous albums — check the artist pages for the listings. Infinien is new to us, but looks extremely promising, and we hope to tell you more in the future.

ProgDay is an annual outdoor festival of progressive music featuring artists from all over the world. Some bands have come from as close as North Carolina, and others from as far away as Sweden, Italy, Venezuela and Indonesia. ProgDay has been held every year since it's birth in 1995, making it the longest running progressive rock event in the world.