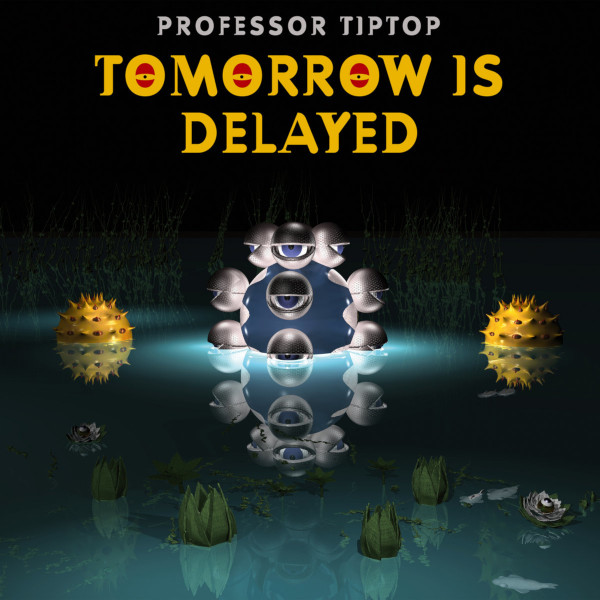 It is human nature to look for connections between things, to see symbols where perhaps there are none, to find significance in things that are merely coincidence. So the title of Professor Tip Top’s 2020 album, Tomorrow Is Delayed, takes on added meaning due to the situation around the world with coronavirus. I suspect the title was selected before the disease brought the world to a near-halt, but as I work from home for the sixth month straight and have neither played nor attended a live music performance in even longer, it does indeed seem that tomorrow has been delayed. But to the music at hand… This Bergen band sounds quite similar to their established style in spite of some changes: lead singer Svein Magnar Hansen has departed, with Sonja Otto (who guested on a previous album) stepping in and handling some keyboards as well. The similarities to Camel circa Breathless are still relevant, though less prominent with a female voice out front. Sam Fossbakk’s keyboards, when joined with Otto’s, provide the dominant textures, while guitars take mostly supporting roles, with arpeggiated chords and the occasional lead. The melodies are good and Otto’s voice is pleasant, especially when she provides multiple harmony parts as well. If I had one complaint, it’s that the melodies follow the chord roots too closely — which to a certain extent is my musical training intruding on enjoyment. Still, occasional contrary motion and unexpected intervals do a lot to spice up a melody. Tomorrow Is Delayed presents a nice set of melodic rock with some progressive tendencies.

Peter Hammill with Stuart Gordon - Veracious – Now that VdGG reunion has come and gone it’s clear that Hammill has taken the nudge to jump back into a smaller configuration to present his solo material. These live duo performances have not been...  (2007) » Read more